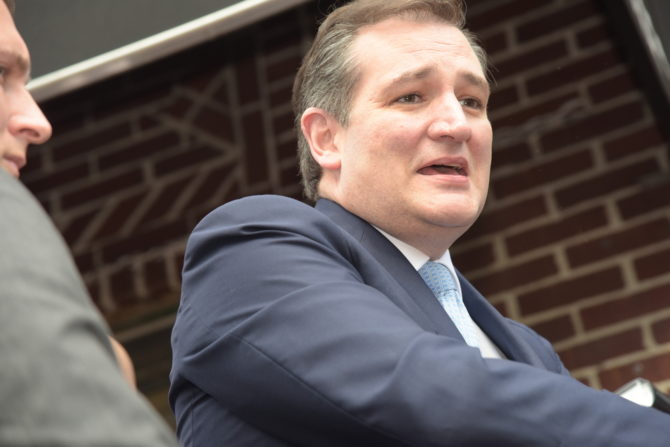 It hasn’t been a great week if your name is Ted Cruz.

The target on the antigay Senator from Texas’ back for the role he played in the deadly insurrection on the U.S. Capitol earlier this month just got a whole lot bigger.

Rick Wilson, co-founder of The Lincoln Project, says that now that Donald Trump is out of power, the super PAC is turning its sights towards the Cruz.

“He is a guy who went so far over the edge, not just to appease Donald Trump and Trump’s base, but because he felt like Josh Hawley had gotten out ahead of him on it,” Wilson told the podcast Y’all-itics this week.

And so The Lincoln Project has decided he must pay.

Hawley and Cruz, both rumored to be eyeing 2024 presidential runs, were two of the most vocal challengers of the 2020 election results. Many blame them for encouraging domestic terrorists to storm the U.S. Capitol.

Wilson called the failed coup “overtly seditious” and suggested The Lincoln Project might also go after other GOP lawmakers who participated in the effort, saying “there is a caucus of these guys right now.”

“These guys have realized that this was a very, very bad move legally, politically, morally, constitutionally,” he added.

In addition to having The Lincoln Project announce it was coming for him this week, a group of Senate Democrats filed an ethics complaint against Cruz, asking for an investigation into the whether he “engaged in criminal conduct or unethical or improper behavior.”

On Wednesday, a gaggle of protestors calling themselves “Pallbearers for Cruz” left three coffins in the front yard of his Houston home declaring his political career dead and calling for his resignation.

Oh, and on top of all that, Cruz got owned by actor Seth Rogan on Twitter.

If you’re a white supremacist fascist who doesn’t find it offensive when someone calls your wife ugly, Ted Cruz is the exact motherfucker for you. https://t.co/w4zdynI2V9

Like we said, it hasn’t been a great week if your name is Ted Cruz.