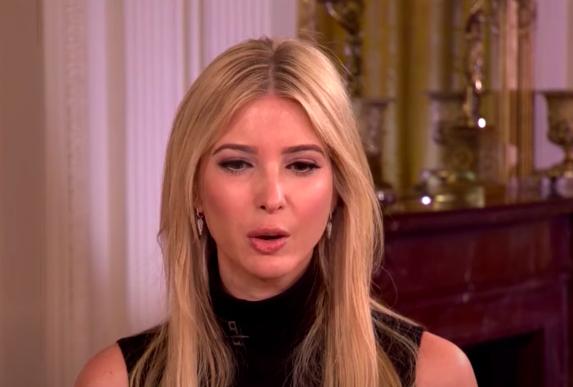 In her new book, I’ll Take Your Questions Now, former White House press secretary Stephanie Grisham divulges all sorts of details about the Trumps, none of which are surprising, and all of which are deeply unflattering. The latest bit to be reported on involves Ivanka, an innocent hot dog vendor, and her deep obsession with controlling narratives in her futile quest to be the first female president.

According to Grisham, Donald Trump‘s eldest daughter seemed to be under the impression that the West Wing press offices were at her disposal whenever an uncomplimentary story about her personal life was reported in the press.

Related: The way Ivanka tried to unsuccessfully elbow a meeting with Queen Elizabeth is peak Ivanka

One of the earliest memories I have of Ivanka from before we were friends is when she blamed a fart on a classmate. Some time later, she goaded me and a few other girls into flashing our breasts out the window of our classroom in what has since been labeled the “flashing the hot dog man” incident in Chapin lore. Ivanka had basically been the ringleader, but she pleaded her innocence to the headmistress and got off scot-free. The rest of us were suspended.

“She obviously had a Google alert set for her name and would go to Sean Spicer whenever a story about her popped up that she didn’t like, which was most of them, expecting us to push back,” Grisham writes. “That happened even if 90 percent of a story was positive. She would focus on obscure small facts that she didn’t like or claimed weren’t true.”

According to Grisham, Ivanka was deeply bothered that the story about the time she allegedly sexually harassed a man had gotten out, afraid it would harm her chances of making history as America’s first female president.

“Responding to something like that would only amplify its importance and give more oxygen to the story,” Grisham continues. “But Ivanka didn’t see it that way … Image was everything in the Trump family, and Ivanka worked very hard to convey an image of perfection.”

In a statement, Donald Trump’s spokesperson, Liz Harrington, called Grisham’s book “another pitiful attempt to cash in on the President’s strength and sell lies about the Trump family.”