Jerry Falwell, Jr. and the university he inherited from his dad, Liberty, has gotten a lot of bad press lately, from charges that Jr. circulated racy photos of the woman to whom he is married to his decision to hand a former male student a lucrative contract to build a fitness facility on university property at the institution’s expense.

Then there’s that time he purchased a gay-oriented Miami Beach hostel for a pool boy he met at a nearby resort. The evangelical Christian was then photographed dancing at a club nearby.

Basically, from Miami Beach to Lynchburg, Virginia, the country’s most prominent evangelical seems to be living the life of a kind of international playboy. Suddenly his support for libertine Donald Trump makes more sense.

While these episodes have damaged his reputation—and critics are reveling in the moralist’s rank hypocrisy—I’d like to discuss a more serious topic that’s gone under the media’s radar that I believe is even more damning. It involves not just allegations of Falwell’s profligate lifestyle but the very well-being and safety of Liberty’s LGBTQ+ students.

As a reluctant alumnus of Falwell Jr.’s institution, I have a personal testimonial to add to the conversation surrounding LU’s legitimacy that will hopefully shed light on the kind of school that Falwell is running while he indulges in a lavish, student-funded lifestyle.

My story begins in a drop-ceiling, dark room in the back of a quiet Liberty academic wing as a 2008 freshman where I was sitting next to a fellow student raptured in prayer. The ambiance of this “prayer room,” a space aptly named for its daily use, was curated by the school in an attempt to create a reflective atmosphere to focus its visitors’ attention on God, sin, and things eternal.

This room also doubled as a waiting room for Pastor Dane Emerick, the man who “counseled” men struggling with “sexual sin” and who continues this work today at Liberty as Associate Director of Community Life. As I sat there listening to the prayer of my neighbor, I could not stop fidgeting.

Frankly, I was thinking less about Jesus at that moment and more about the secret I would be divulging in a matter of minutes. 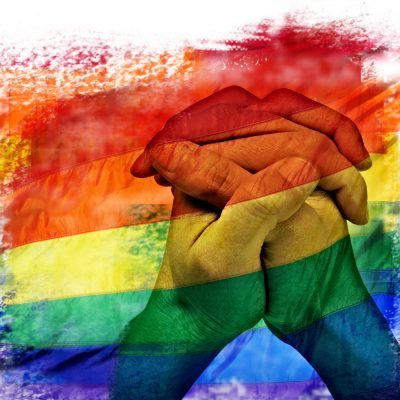 But, at the time, I thought I was worthy of a “cure,” and so I, a nervous wreck, sat in the dark prayer room, waiting.

In this room, I ran through a series of questions. Was it really safe to tell him that I’m gay? Was he actually not going to report me to student conduct? Were my professors or resident advisors—or (heaven forbid) my mother—going to find out?

I had preemptively tried to ensure that I wouldn’t be outed by Pastor Dane before meeting in-person. I wanted to know whether or not I would be punished for sharing that I liked men or for having found myself in the arms of another man at the beginning of the school year. (And this man was not just any man—he was none other than one of my dorm’s Spiritual Life Directors, the supposed byword of evangelical purity.)

Contemplating the best method to reach out to Pastor Dane after my encounter with my Spiritual Life Director, I created an anonymous e-mail address to inquire about his reparative “therapy” services. And as a Canadian boy in line with the gay stereotype of living outside the world of sports, I concocted a real doozy, a virtual name that would be as far away from my eighteen-year-old-self as possible: [email protected]——.com, or something along those lines.

Pastor Dane responded, informing me that I would indeed not be punished if I were to share with him any information regarding my sexuality or sexual history. So, I decided to go ahead and meet the guy. But as I waited in the shadowy prayer room, the reality that my secret was about to come to light set in. There was no longer anything that could conceal it, except for me bolting for the exit before he opened his office door.

But before I had time to run, Pastor Dane emerged from his small office, saying goodbye to another male student and hello to me. He was older, married with children and grandchildren, with a high, faltering voice. After he greeted me and upon trading in small talk in his dimly-lit office, I tensely sat in front of this man who promised that “there is victory in Christ over homosexuality,” that “things would be okay,” and that we would “work things out.”

Pastor Dane asked me a series of highly personal questions about myself, my family, my relationship to my mum and dad (oh how strangely Freudian he was for a Christian “minister” who rejected the scientific and medical consensus that homosexuality is perfectly healthy). These unsettling conversations that came to define our weekly meetings would take place over the span of my four undergrad years.

After sharing scripture with me and handing me my workbook—Alan Medinger’s Growth into Manhood: Resuming the Journey—a reparative therapy manual written by an “ex-gay”—he told me that I didn’t have to choose to be gay, that if I set my eyes on Christ and if I found that one “special girl” (there is so much to say here, but I shall refrain), I could live a life of godly normalcy. And, at the time and for years to come, I thoroughly believed it.

Talking embarrassedly about my predilection for men in our first meeting, sitting in my cherry-red, American Eagle hoodie (about which I should have been infinitely more embarrassed and for which I still hold my college-self accountable), I entered the dark world of gay reparative therapy. Repression, deep-seated shame, self-hatred: These were the enduring fruits of my meetings with Pastor Dane—not, as you surely anticipated, attraction to any “special girl.”

My experiences at Liberty and in gay reparative therapy are unexceptional in the literal sense of the word. There were and are many students at Liberty and other Christian colleges who, like me, were and are forced to live in queer subterfuge, in fear of being ostracized and reprimanded for simply being themselves and who undergo similar bogus “therapy” sessions.

Because being gay is considered antithetical to LU’s campus ethos, few students—if any—were out and/or proud about their sexuality when I was in attendance. Needless to say, though other students on campus knew about the conversion therapy program’s existence, those of us in conversion therapy certainly did not publicize our weekly meetings with Pastor Dane.

At Liberty, homosexuality (and any other “deviant” category located under the umbrella of the LGBTQIA+ acronym) is both considered a sin and, according to the school’s honor code, a punishable one at that. Students are reprimanded for homosexual conduct, under threat of expulsion. And Liberty still offers reparative therapy today for those who seek it, just like the “therapy” I went through from 2008–2012.

Among the numerous ways that Liberty policed student sexuality—from strict rules surrounding PDA to its no-sex or pornography policy (good luck with that)—the least talked about, but certainly one of the most toxic aspects, is its reparative therapy program led by Pastor Dane.

Such “therapy” wreaks emotional, psychological, and, indeed, spiritual damage. Unsurprisingly, it does not assist individuals in working through their psychological issues that are often connected to homophobia such as sexism and toxic masculinity. Instead, it demands that participants integrate such pathologies and internalize the homophobia that so rampantly surrounds them. Yes, these were the souvenirs I took with me after my time in Pastor Dane’s “therapy.” Reparative? No. Damaging? No doubt.

Because of its reparative therapy program, along with the disappointingly poor education I and many of my fellow alumni received at LU—which in its own right is cause for serious investigation—I believe it is high time to re-evaluate Liberty’s legitimacy as a university.

Putting aside the impassioned vitriol that was heaped on the LGBTQ+ community in several of my classes, I was taught, for instance, the ten reasons why the Bible supports capitalism; how the earth was created 10-15 thousand years ago; how women ought to submit to men in marriage; etc. And all of this was taught in courses for which I received “academic” credit—reason enough for the Southern Association of Schools and Colleges to re-examine Liberty’s accreditation.

But just as importantly, for a university in 2020 to house a reparative therapy program that creates a sexual climate of fear and loathing calls into serious question its status as a genuine university, that is, as a place of actual higher education. Put differently, willful ignorance toward scientific findings, in tandem with the direct assault against queer students’ well-being, does not a university make.

When I look back on my four years at Liberty, particularly my time with Pastor Dane, I am deeply saddened by the part of my youth that I wasted. To have had a normal undergrad experience—and a gay one at that—is still a foreign concept to me, something I refused myself in the name of, what I believed to be, godly living.

I wish that I could go back to tell Pastor Dane, who is still doing his dirty business at Liberty, that his “therapy” service has ruined and is ruining lives. I wish that I could go back and tell every queer student at LU that God’s not angry at them, that if anyone is angry, it is the ever-shrinking tide of evangelicals who lash out and judge everyone else yet refuse to look at their own sin. And I wish I could go back and tell my eighteen-year-old self that my sexuality is something to be embraced, not refused, and that I am loved and loved deeply for precisely who I am.

However, as I do not have many contacts left on campus (particularly not my eighteen-year-old self), my remaining energy is best spent using my experience in gay reparative therapy as fodder for outing conversion programs like Liberty’s for what they are: intellectually undependable, wildly ineffective, and emphatically outdated.