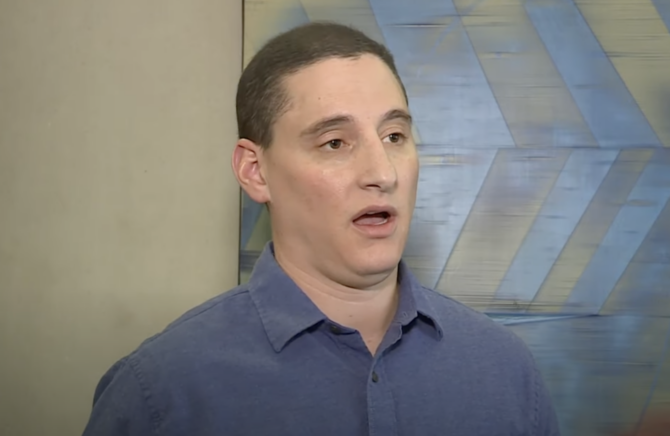 Conservatives are freaking out about the new Pregnant Man and Pregnant Person emojis that were revealed over the weekend. But nobody is more enraged than noted homophobe and former Ohio state treasurer Josh Mandel, who is currently running to replace outgoing Sen. Rob Portman in the U.S. Senate.

Related: Photo of Josh Mandel in stuffed bra and wig resurfaces after he tweets transphobic slur

Over the weekend, Mandel tweeted, “100 years from now our great grandkids will look back on the pregnant man emoji phase of America as one of the dumbest, most ridiculous and non-scientific periods of human history.”

100 years from now our great grandkids will look back on the pregnant man emoji phase of America as one of the dumbest, most ridiculous and non-scientific periods of human history. pic.twitter.com/xenW11KtlV

On the contrary, we’re 1000% confident that, next century, nobody is going to give AF what emojis people used while texting with their friends in the year 2022. They might have some opinions about today’s Republicans staging a failed coup, however.

Related: Dumbass Josh Mandel is having a panic attack over a satirical article he insists isn’t satire

The Pregnant Man and Pregnant Person emojis are among 37 new designs that will be released with iOS 15.4, which is currently in beta, MacRumors reports.

They were chosen last September by the Unicode Consortium, a non-profit group that oversees emoji standards across devices and, according to Emojipedia, can be used “for representation by trans men, non-binary people, or women with short hair.”

A December poll conducted by the Trafalgar Group found that Mandel was leading the field of candidates running in the Ohio Republican primary by nearly 10 points, with 21% of likely voters saying they’d cast their ballots for him.

Although his fortunes may soon be changing after Rep. Marjorie Taylor Greene endorsed his opponent, Hillbilly Elegy author J.D. Vance, over the weekend.

Imagine being that upset about an emoji… pic.twitter.com/PK6AdgtNVl

Two years from now no one will remember your name.

Vote for Josh. He will put an end to this cartoon drawing.

…anyone really can get into politics can’t they?

Subscribe to Queerty for a daily dose of #politics #emojis #j.d.vance stories and more