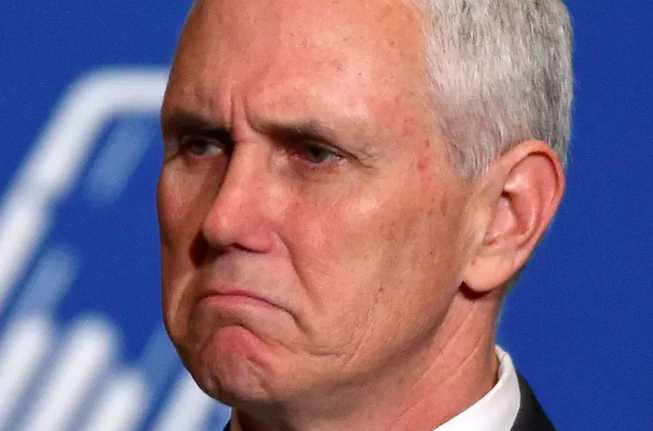 Not only is the group made up of almost entirely white men (and one white female), but only two of them have medical degrees, and hardly any of them are public health/public policy experts.

With those sorts of credentials, it makes perfect sense that they’ve decided to use prayer as a key method for combating the highly contagious virus currently spreading across the country that has already killed six Americans.

Mike Pence and his coronavirus emergency team praying for a solution. We are so screwed. pic.twitter.com/p020FBIK9J

Of course, this isn’t the first time Pence has opted to use prayer in response to complex issues he knows absolutely nothing about.

When Indiana was facing a massive HIV outbreak between 2011 and 2015, then-Governor Pence chose to “pray on it” rather than follow the advice of health officials and introduce a needle exchange to limit its spread.

Pence is also a longtime proponent of “pray the gay away” conversion therapy and once advocated for the use of federal funding to treat people “seeking to change their sexual behavior.”

Twitter responded to the Vice President’s “pray the coronavirus away” photo opp with horror and ridicule:

THIS IS NOT PHOTOSHOP.

THIS IS NOT SATIRE.

THIS IS NOT FAKE NEWS.

THIS IS VICE PRESIDENT MIKE PENCE AND WHITEHOUSE STAFF PRAYING THE CORONAVIRUS AWAY! pic.twitter.com/qmi6ufCIrq

Of course Mike Pence’s response to the coronavirus is to pray it away. I wonder if they’re praying the gay away at the same time or if that’s a different meeting. pic.twitter.com/feZRobt0gm

No worries everyone. @realDonaldTrump had us covered. We have @Mike_Pence forming prayer groups around the country to combat the Coronavirus! They'll be adding it in between praying the gay away and thanking God for the current climate.#coronavirusus

Meanwhile, Donald Trump called the whole Coronavirus thing a “hoax” being engineered by “fear mongering” Democrats. His eldest son, Don Jr., took it one step further by saying Democrats hope “millions” of Americans die so his father doesn’t get reelected.