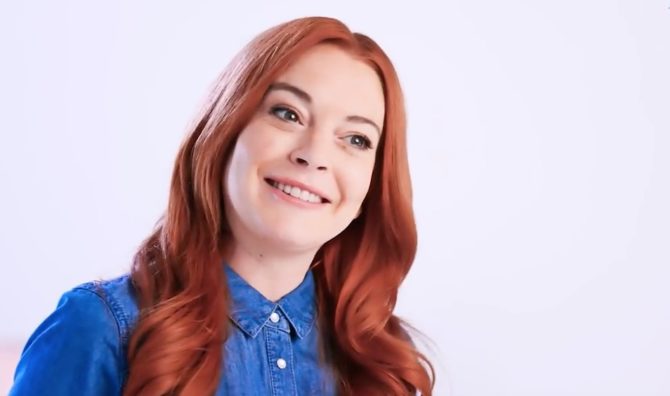 Actress, songstress and tabloid darling Lindsay Lohan has just dropped her latest single, “Back to Me.”

Lohan, best known for films like Mean Girls, or that time she tried kidnapping refugee children outside a Moscow nightclub, has found some success as a recording artist in the past. Her 2004 debut album Speak sold over 1 million copies in the US, and spawned two hit singles, “Rumors” and “Over.” Her second album, A Little More Personal (Raw) was also certified gold.

Lohan had teased new music late last year, when she released a snippet of her song “Xanex” via Instagram. Now her first full single of the as-of-yet-untitled album has landed on YouTube, iTunes and other music services.

Related: Lindsay Lohan just dropped a preview of her comeback single and you might need a Xanax

“I used to blame me when shit got crazy (Hey)/I can’t think too much ’bout what they say (Yeah)/And now these Sundays got me feeling like Mondays (Hey)/I know I drink too much, but it’s okay,” Lohan sings in the opening lyrics, apparently referencing her own struggles with substance abuse.

In addition to her latest musical outing, Lohan has reportedly taken on the management of the career of her younger sister, Ali. She had also hinted at a number of upcoming film roles, though with Hollywood shut down due to the COVID-19 outbreak, it is likely that her return to movies will also be delayed.