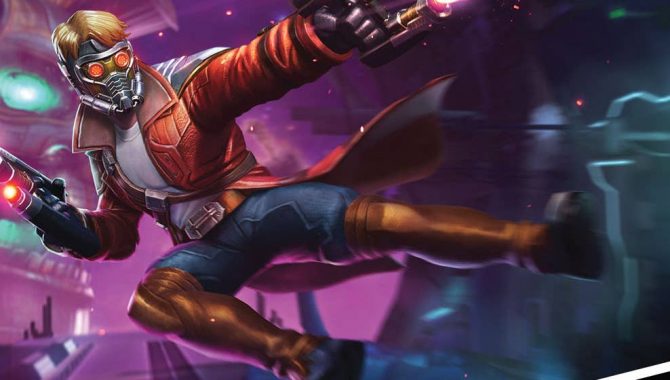 Fans of Marvel’s Guardians of the Galaxy rejoiced over the weekend at a new revelation: the team’s de-facto leader, Star Lord, has come out as bisexual.

Star Lord–real name Peter Quill–first debuted in the pages of Marvel in 1976. While never a first-tier character in terms of popularity during his first 30+ years in publication, the character became an international sensation in 2014 with the release of the Guardians of the Galaxy film adaptation. In the MCU, actor Chris Pratt plays the character.

Now Star Lord has made headlines again, this time for coming out of the closet. The new one-off comic I Shall Make You A Star-Lord by British writer Al Ewing confirms that Star Lord survived an explosion in a previous comic, and that he actually spent 140 years in a parallel universe. During that time he fell into a polyamorous relationship with a couple named Mors and Aradia, and had no problem having sex with either side of the couple.

The revelation of Star Lord’s bisexuality already has fans wondering: will audiences see Chris Pratt play the role as such? Pratt will return to the role of Star Lord in Thor: Love and Thunder and an upcoming third installment of Guardians of the Galaxy.

Pratt has endured criticism for attending Hillsong Church, a religious institution known for persecuting queer people. The actor defended the church as well as his choice to attend services there against allegations of homophobia on social media, and against criticism from actor Elliot Page.

“I go to a church that opens their doors to absolutely everyone,” Pratt wrote on Instagram in February 2019. “Despite what the Bible says about divorce my church community was there for me every step of the way, never judging, just gracefully accompanying me on my walk. They helped me tremendously offering love and support. It is what I have seen them do for others on countless occasions regardless of sexual orientation, race or gender.”

Neither Marvel Studios, nor parent company Disney, have commented on if the upcoming movies will portray Star Lord as bisexual. The studio has faced criticism for a lack of LGBTQ-inclusion in its movies, though it hopes to rectify that problem by including a gay couple in the upcoming film The Eternals.