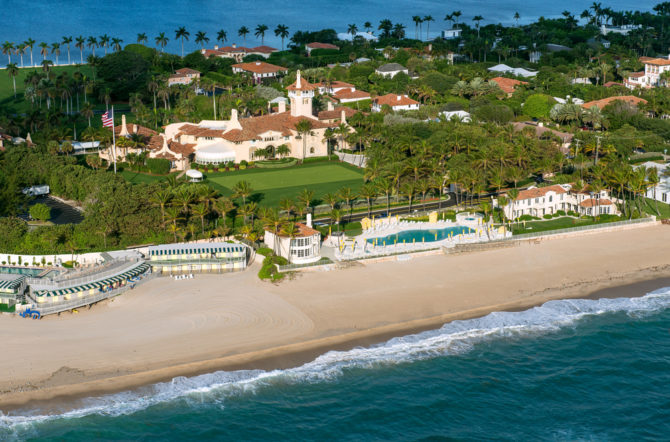 Suddenly it all makes sense.

The reason Melania Trump couldn’t be bothered to plan the annual White House Easter Egg Roll, a nearly 140-year American tradition, is because she was too busy coordinating her own private, invitation-only Easter Egg Roll held for the very rich and powerful at Mar-a-Lago.

News of the hush-hush event almost remained under wraps until one pesky insider accidentally spilled the jellybeans by posting a picture of the event to her official FLOTUS Twitter account:

According to sources, guests arrived to the swanky Sunday afternoon event in luxury vehicles like Bentleys, BMWs, and Rolls Royces and made their way up a long red carpet into the private beach club.

Chris Geidner from BuzzFeed did some more digging and shared what he could learn about the event:

There was a private Easter Egg Hunt—no press access—at Mar-a-Lago today, a day in advance of the public White House event Monday, per pool.

Meanwhile, all the lowly peasants who attended the White House Easter Egg Roll this morning got was Sean Spicer awkwardly reading “How To Catch The Easter Bunny”:

Oh, and this meme: