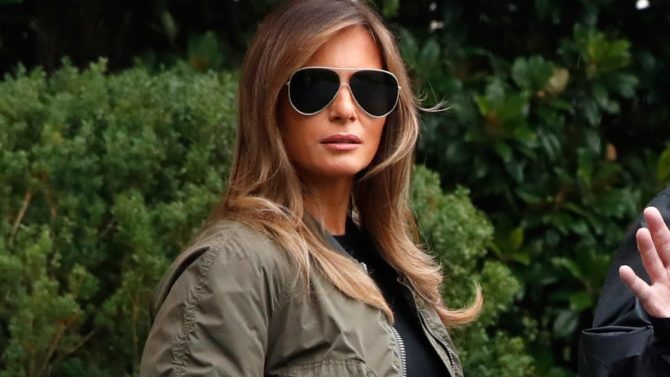 So Melania Trump tweeted about substance abuse and recovery this morning from her official FLOTUS  and let’s just say the response didn’t go quite as planned.

Critics were quick to pounce, taking aim at everything from Donald Trump‘s repeated efforts to repeal Obamacare to Melania’s past commitment to address cyberbullying that she never followed through with.

I'm assuming there will be your usual follow through on such an important issue as your cyber bullying campaign.

You are right we can. But the health plan your husband favors cuts out money used for the treatment of those addicted.

Um, it would help all of us to stay sober if the Mango Mussolini would step down and go back to his true calling "reality" TV. pic.twitter.com/596CLTtBKA

If she is navigating her marriage without drugs or alcohol I am sincerely impressed.

Tell Donald, as he wants to cut funds to Medicaid which helps addicts recover. And tell Jeff Sessions to stop threatening addicts w/jail

We all need a drink after each passing day of your husband's antics.

A 28 day rehab isn't enough for most addicts. Most insurance companies only cover up to 28 days. While most rehabs take no form of medicaid-

While our Attorney General throws all the addicts in his private prisons.