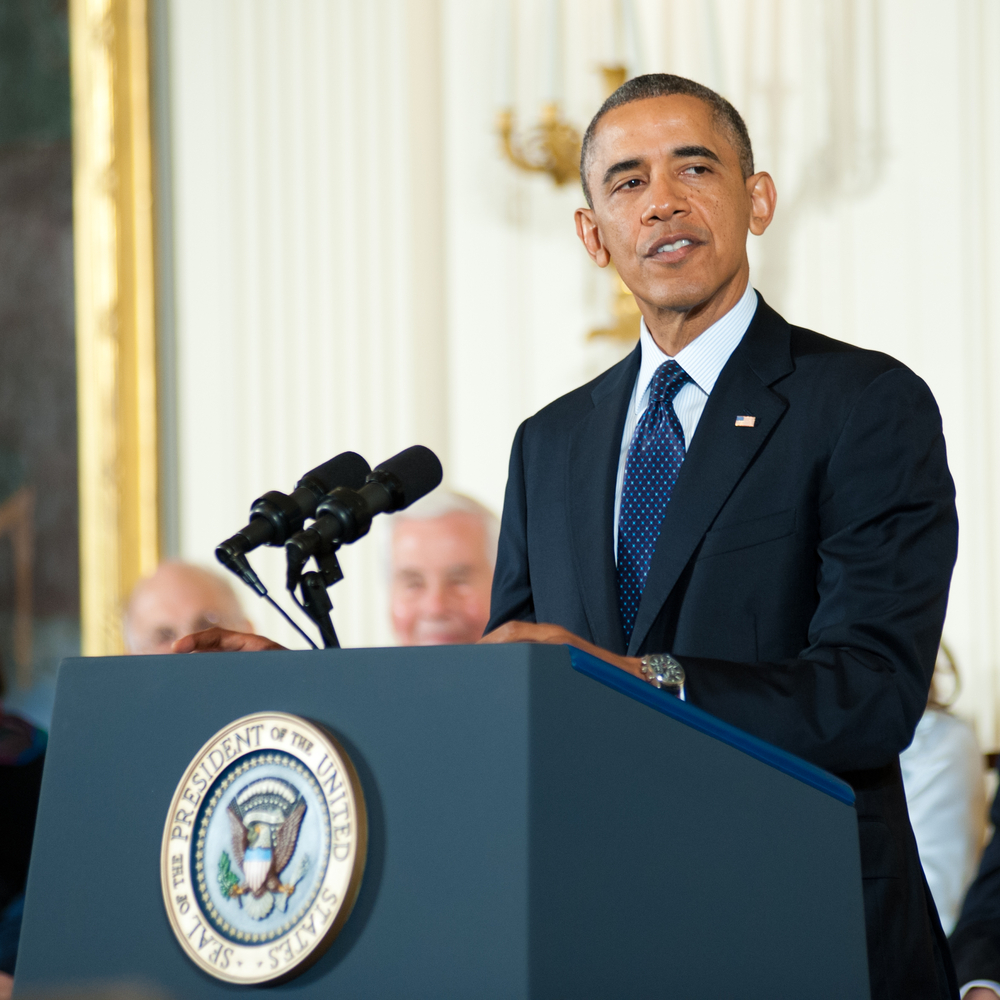 With his presidency nearing an end, you’re likely wondering whether President Obama has a bucket list. As he made very clear during his speech at Saturday’s annual White House Correspondents’ Dinner that he has something that rhymes with bucket list. Boom!

Yes, folks, we have a very witty president and no one was safe during his address to the crowd.

He delivered a laser-sharp barb at the expense of Michele Bachmann and her recent claim that rapture was upon us. “Michele Bachmann actually predicted that I would bring about the biblical end of days. Now, that’s a legacy. That’s big. I mean, Lincoln, Washington, they didn’t do that.”

Related Post: Obama Asks Man If He’s Gay Then Bumps Fists With Him

Good stuff. However, it’s his two jokes made about marriage equality that really impressed.

On former Pennsylvania Sen. Rick Santorum’s announcement that he would not attend a same-sex wedding if invited, Obama stated what we all said when we heard the blessed news: “Gays and lesbians across the country responded, ‘That’s not going to be a problem.’”

Wrapping his close relationship with Vice President Joe Biden and homophobic Indiana Governor Mike Pence into one delicious bon mot, the president offered: “I tease Joe sometimes, but he has been at my side for seven years, I love that man. He’s not just a great vice president, he is a great friend. We’ve gotten so close in some places in Indiana, they won’t serve us pizza anymore.”

Bravo, Mr. President. We’re happy to see you have a fallback career when you’re presidency ends. Watch some of the zinger-filled speech below.