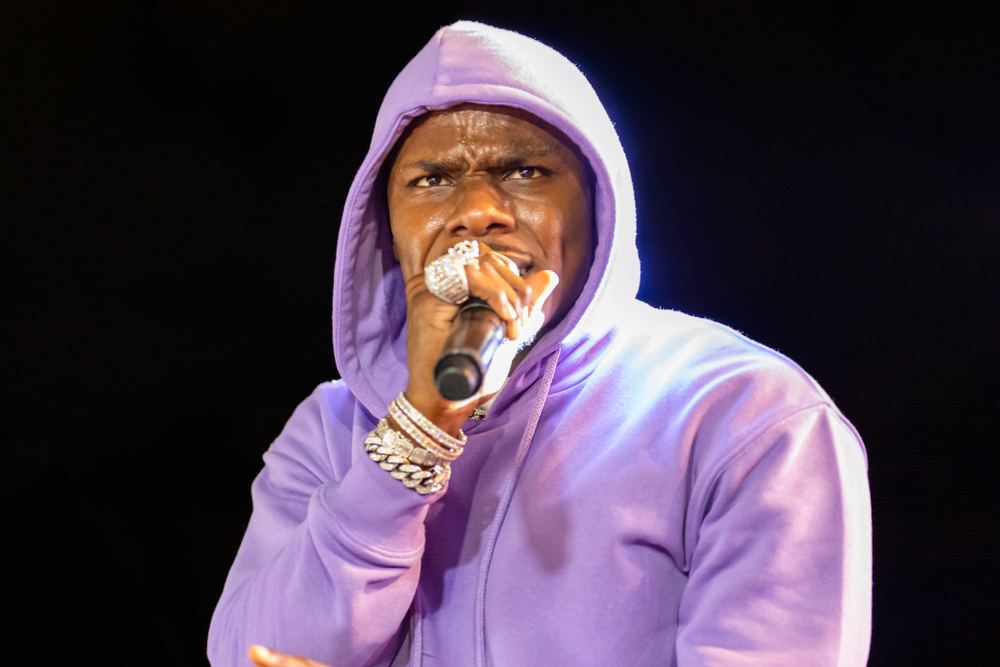 After spinning out in controversy last summer, DaBaby is firmly in the latter half of the “f*ck around and find out” cycle.

Mind you, this was the same show where he brought out Tory Lanez, the man who had just shot rap industry sweetheart Megan Thee Stallion the year prior. Doubly damning is the fact that it was Megan’s collaboration “Cash Sh*t” that had arguably shot DaBaby into the mainstream in the first place.

In the following months, he would go on to vaguely apologize for his comments before doubling right back down.

Prior to that point, DaBaby was packing 15K audience venues, no problem. Fast forward to today, and he virtually can’t give tickets away.

His upcoming Orlando show at the 14k capacity Smoothie King Center in New Orleans was just canceled after DaBaby managed to sell only a few hundred tickets. The tickets were on sale for months, with some as cheap as $35. It was bad for her.

Across social media, folks are reveling in the schadenfreude:

They threw DaBaby out with the bathwater. https://t.co/KYiUaUdZVO

How DaBaby concert in New Orleans was about to look before they cancelled it pic.twitter.com/DxFqhxiHNl

dababy after seeing that no one wants to go to his show pic.twitter.com/CHEhLcRCpY

Dababy had the world in his hands. All he had to do is not align himself with abusers, not be an abuser himself and not be homophobic!

Be careful out here had two tickets to the dababy concert in my car , and someone broke in and left 3 more pic.twitter.com/0Z4EfDFK2t

Related: DaBaby just booked his first gig since homophobic scandal and it’s in the heart of COVID country

This isn’t DaBaby’s first time in the “find out” section. Immediately following his comments last July, sponsors and radio stations started dropping like flies. He got kicked from the lineups of Lollapalooza, Summer Jam, iHeartRadio, Austin City Limits… the full list is gratifying.

He also got dragged across the timeline by folks like Madonna, Jonathan Van Ness, and “Levitating” collaborator Dua Lipa.

Our only response to Mr. Baby is this classic Rihanna proverb:

Good luck with bookin that stage u speak of