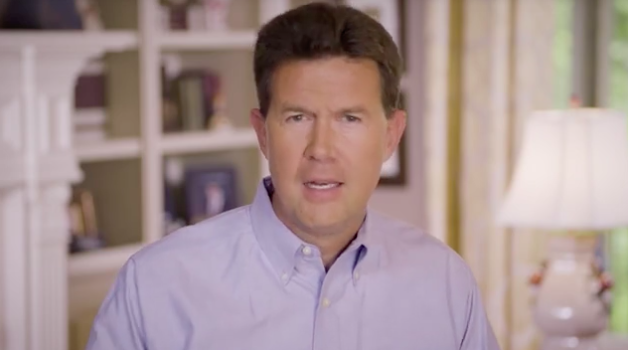 The 2019 Emmy nominations were announced yesterday and queer artists made a strong showing.

Season One of Pose scored big in major categories, as did the lesbian thriller Killing Eve, Rupaul’s Drag Race, and Russian Doll, the surreal Netflix series co-created by out-lesbian Leslye Headland. Some of the LGBTQ artists who scored nominations include Billy Porter, Ellen Degeneres, Kate McKinnon, and Laverne Cox, just to name a few.

All that is great! Unless you’re Alabama Secretary of State John Merrill.

Merrill, who is currently running a 2020 Senate candidate, thinks modern television is the root of all evil and is eroding America’s moral fiber by making people too “preoccupied with homosexual activities” and “the wife swap shows.”

Speaking at a town hall over the weekend, Merrill, who is one of five Republicans hoping to unseat Sen. Doug Jones next year, was asked about the country’s cultural shift and what he thinks is the cause of it.

“How have we allowed it to happen? There are no more good TV shows on like ‘Gunsmoke,’ ‘Bonanza,’ ‘The Virginian,’ ‘Andy Griffith,’ ‘I Love Lucy.’ We don’t have those shows anymore. We’re too interested in homosexual activities,” he said.

He continued: “We’re too interested in seeing how this family’s finding a way to mess on this family or to see how people are trying to date on TV, or having wife-swapping on TV. That’s what we watch.”

Merrill offered: “When we push back against that, and we quit allowing it to be in our homes–that’s how those changes have occurred because we’ve allowed them to slowly but surely come into our lives.”

Speaking to Al.com Monday, the 55-year-old expanded on this idea. While he couldn’t offer any specific examples of the “homosexual activities” he mentioned during his town hall event, he did say he believes “the foundational principles which we have grown up as a nation are no more.”

He added that TV shows are no longer “based on biblical foundations… shows that promote family and culture with a father, a mother, and children based on biblical teachings and biblical principles on which our nation was founded.”

We would be very curious to hear his thoughts about The Apprentice.