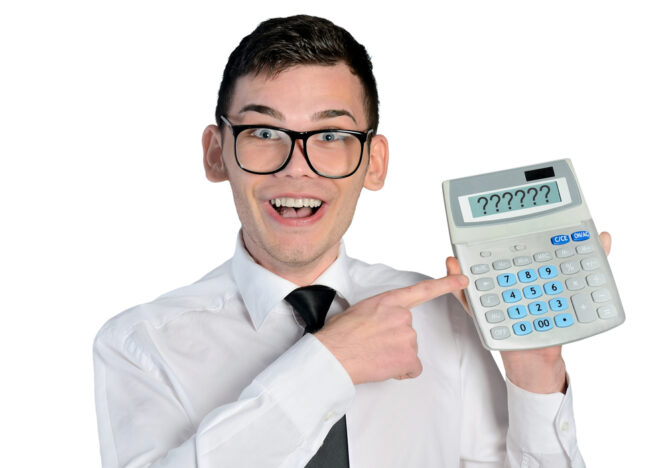 Remember when we covered the stereotype that gays are bad at math in a post three years ago? Or was it two years ago? No, it was 2019, so it was five years ago.

We’re kidding—as were the Twitter users whose quips we shared at the time, presumably. “The universe knew the gays would be too powerful if they could do math,” one person tweeted.

“Me and the other gay third-grader leaving math class for speech therapy to work on our Rs and SHs,” someone else wrote.

Related: 30 tweets about bad gay drivers that resonate very deeply with us

Anyway, Reddit users in the r/gay subreddit chatted about this stereotype last month.

“I’ve seen the ‘Oh, I’m gay, so I’m bad at math’ stereotype embraced on anything from normal conversation to Tinder bios to a square on ‘Gay Bingo,’” one user wrote, kicking off the discussion. “Why is this a thing? Couldn’t it be potentially harmful?”

That user cited the recent research that showed that gay men are 12 percent less likely to have completed a bachelor’s degree in STEM—science, technology, engineering, and math—than their heterosexual counterparts.

“The main reason I care is [that] I’m in tech, an industry with a lot of STEM majors that offers good compensation and reasonable work/life balance,” the Reddit user added. “I don’t want anyone to not believe in themselves due to stereotypes. I know plenty of other gay tech bros (if you will) who are amazing at math and other STEM fields. Sorry if this is making an issue out of a non-issue.”

As the Reddit comment section reveals, though, not everyone buys into the stereotype. “Tell that to Alan Turing,” one person said of the stereotype, in a comment that’s been upvoted more than 150 times.

And a third commenter suggested the stereotype was just silliness, writing, “I think it’s just humor to blame any hiccup or flaw on being gay. I think us gays tend to be generally highly intelligent.”

Besides, there’s no way we can all be abysmal at arithmetic, since Florida Gov. Ron DeSantis says math “makes children gay”… according to a satirical article from The New Yorker humorist Andy Borowitz.

“For years, liberals in the education mafia have brainwashed Americans into thinking that our children should learn to add, subtract, multiply, and divide,” the fictional DeSantis told reporters. “We now know that numbers are a portal into a so-called alternative life style.”

(Of course, the real DeSantis didn’t actually say that… but honestly, would you be surprised if he had?)