We’re not sure if Tiffany Trump and her mom, Marla Maples, are intentionally trolling her half sister Ivanka, but it kinda sorta feels like it. Either that or they have really, really, really bad timing.

Even though it’s only January 5, Ivanka’s been having one hell of a year, and not in a good way.

On Monday, it was reported that New York Attorney General Letitia James had slapped her, as well as Don Jr., with a subpoena demanding testimony in the ongoing civil investigation into the Trump Organization.

Ivanka and Don Jr. have both vowed to fight the subpoenas, accusing James of being out to get them, and begging a judge to intervene.

There has also been rumblings that Ivanka may soon be called to speak before the House committee investigating the January 6 attack on the U.S. Capitol, though she has yet to be formally asked.

While her half sister navigates through a legal shitstorm, she’s been sharing videos from her luxurious trip to Courchevel, the world-famous French Alps ski resort.

Less than 24 hours after Ivanka sent her team of attorneys to ask a judge to quash her subpoena, Tiffany took to Instagram Stories to post a video of herself and her mom in front of the beautiful snow-capped mountains along with the caption, “Mommy and me.” 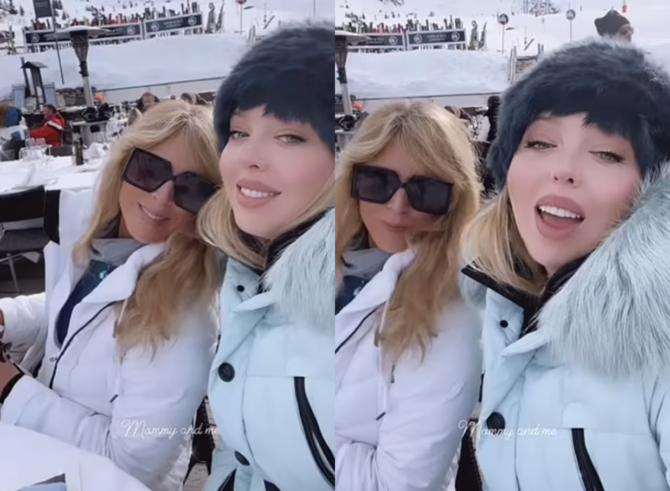 Meanwhile, Maples posted a video to her Instagram page bragging about being “high on a mountain top” overlooking France, Switzerland, and Italy.

“High above… dancing with the sky!” she captioned the post.

And not long after that, Tiffany’s fiancé, Michael Boulos, posted a photo of himself and Tiffany on their lavish snowy getaway, along with the words, “Happy new year!”

Sometimes being your dad’s least favorite has its perks.