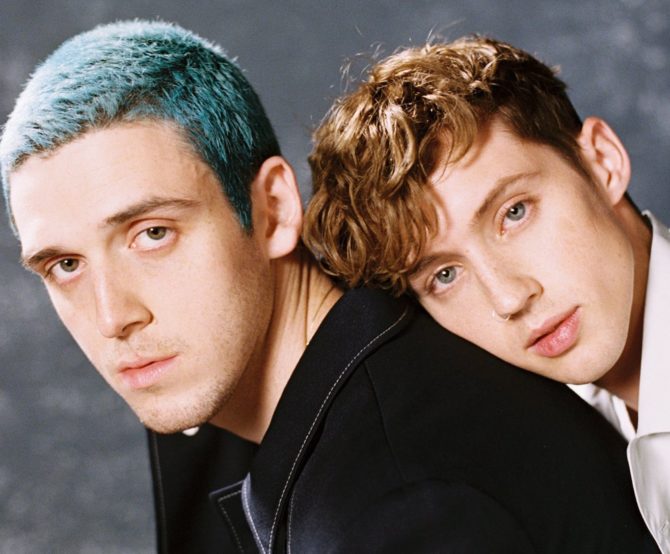 Troye Sivan’s love life has Internet sleuths working overtime today after the Australian pop star claimed singer Lauv as his “new BF,” even though he hasn’t announced any sort of breakup with his last known partner, model Jacob Bixenman.

Related: 5 Troye Sivan songs and videos that together made him the next queer icon

On January 25, Sivan posted a photo of his resting his head on Lauv’s shoulder, writing, “catch me and my new bf @lauvsongs performing our new SMASH ‘i’m so tired’ on @JimmyKimmelLive feb 6th.”

catch me and my new bf @lauvsongs performing our new SMASH “i’m so tired” on @JimmyKimmelLive feb 6th pic.twitter.com/VbJBbcHF7p

He also retweeted a tweet that, when translated from Spanish, reads, “Troye Sivan reveals that he has a new boyfriend and is nothing more and nothing less than the talented Lauv. Both recently released a single called ‘I’m So Tired.’ Promotion?”

And that is indeed the question: Is this presumed relationship between Sivan and the “I Like Me Better” performer just a promotion for their new collaboration?

Related: Troye Sivan weighs in on whether he’s a ‘bottom icon’

Bixenman hasn’t posted to Twitter and Instagram since 2018, but Ariana Grande shared an Instagram Stories video of him and Sivan playing Dance Dance Revolution together earlier this month. Unless Bixenman and the Bloom singer hit the skids since then, they’re probably still going strong.

Our hunch? Sivan and Lauv’s relationship is platonic, and they’re just hoping the rumors get their single Platinum-certified. Ain’t no shame in that game!