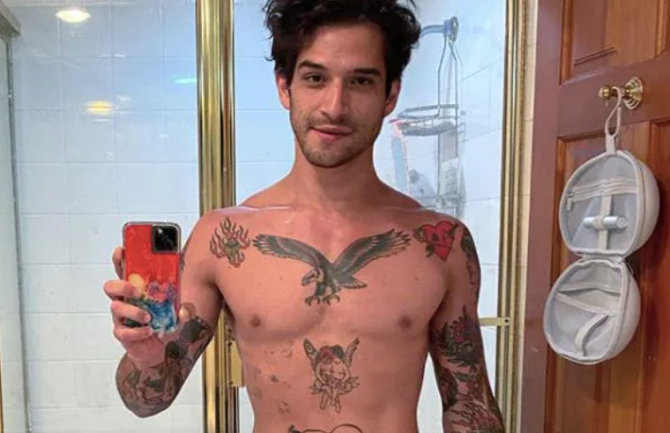 Tyler Posey found himself trending on Twitter this week after videos from his OnlyFans page were leaked.

But folks clicking to see why the Teen Wolf actor’s name was being mentioned so much were… less than impressed by what they found.

In the clip that elicited the most response, Posey flashes the tip of his genitals as a “thank you” to people for tipping him… see what he did there?

Many early-morning Twitter readers were apparently ill-prepared for the clip:

Why did I look to see why Tyler Posey was trending…. WHY?! pic.twitter.com/f6Auz5Sr5j

just saw why tyler posey was trending and i wish i hadn’t pic.twitter.com/icnbREgmQ6

me going to see why tyler posey is trending & make sure he’s not dead pic.twitter.com/venXN0PFmq

now why did i have to be nosy & check why tyler posey was trending pic.twitter.com/Gax3GxfKQj

Posey has been quite active on his OnlyFans, and say what you will about the content, at least he seems to be giving his subscribers something for their money.

In October of last year he answered queries from subscribers and talked about having hooked up with men.

“I haven’t had sex with a man – we’ve blown each other, you know what I mean,” he said. “But never had sex. So yes, I have been with men before.”