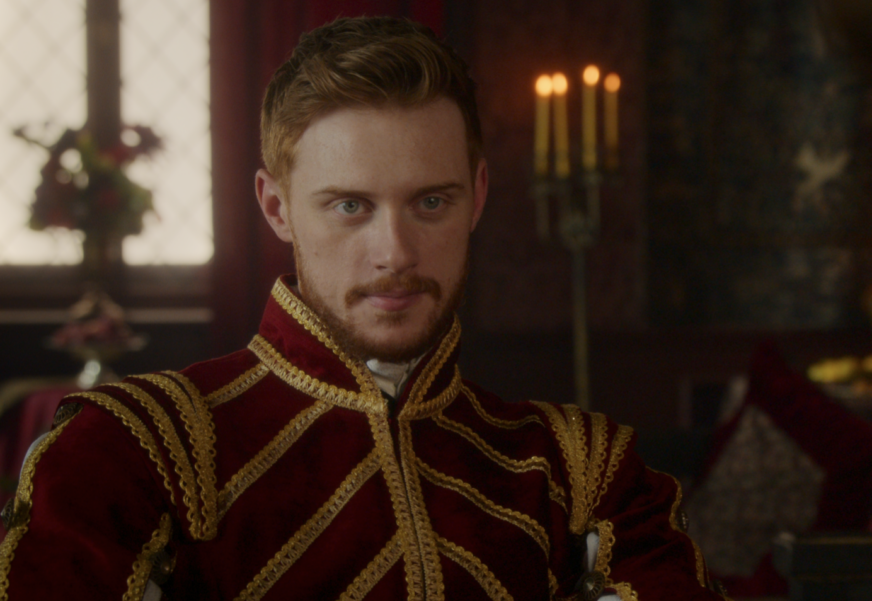 Whoa, when did Henry VIII get hot? Now we’re starting to understand how one of history’s most notable jerks managed to score six wives…

Of course, we’re being a bit facetious here, but leave it to Netflix to cast a six-pack-sporting hunk as Henry Tudor in their new show, Blood, Sex, & Royalty.

Billed as a docuseries, Blood, Sex, & Royalty dramatizes the life of Anne Boleyn, as told through handsomely shot reenactments and the occasional “talking head” interview from a real-life historical expert.

Admittedly, this glamorized history lesson wasn’t on our Netflix queues—that is, until a tweet from journalist Alex Abad-Santos alerted us to the fact handsome gay actor Max Parker stars in it…

there's a ya series/historical dramatization of anne boleyn on netflix now called blood sex royalty and they made henry the 8th hot with a dumptruck pic.twitter.com/rySw1NzXns

Now, we’re not here to delve into whether or not—as Abad-Santos puts it—this Henry VII has a “dump truck” butt (No, that point is being hotly debated in the replies to the initial tweet). But we are here to appreciate the beauty of Parker, who does not look at all like historical portraits of the former King of England. Not that we’re complaining!

Oh my! Consider us royally flushed.

Parker is a rising British actor, who first appeared in BBC dramas like Casualty and World On Fire before landing a recurring role in 2019 on Emmerdale, the English soap that’s been airing (in some form or another) since 1972.

And speaking of Emmerdale, earlier this year, Parker announced his engagement to his co-star, Kris Mochrie—who happens to play his brother on the soap. You know, we’re sure that, retroactively, that might make watching them together on Emmerdale feel a little strange. But just look how cute they are together IRL!

Outside of Blood, Sex, & Royalty, Parker can also be seen on Peacock’s bloody fun Vampire Academy series (which probably accounts for some of the, um, spookier pics on his Instagram feed). And, next, he’ll star in a British thriller film called Strictly Confidential opposite Elizabeth Hurley—its logline says it’s set in a “world of seduction, duplicity and betrayal,” so let’s hope for plenty of seduction from Parker!

We were also pleased to see that Parker partnered up with Red Hot—a sexy calendar devoted to “the world’s hottest ginger guys”—and their 2023 “Own It” calendar, which donates proceeds to a number of charities, including the Anti-Bullying Alliance. The photos are fire!

But there’s plenty more to enjoy on Max Parker’s Instagram—let’s thread a few of our favorite shots below: