The Must: The Velvet Underground

Todd Haynes, lion of queer cinema, returns with his first documentary feature about the fabled New York City rock band. In 1964 guitarist Lou Reed paired with his friend John Cale to start a new kind of musical group—one that would reject the peacenik pop of the day in favor of channeling the darker, more experimental tone of the Beat Poets and New York underground. The group would eventually attract the attention of Andy Warhol, who would use his social clout and promotional skills (his greatest talent) to elevate their profile. The result is one of the most underrated and influential rock groups of the era—one that didn’t attempt to hide its connections to drug culture, or to the queer scene.

Haynes adopts an intriguing split-screen approach to the material, often blending new interviews with archival footage, still photos, and Warhol’s experimental short films. The resulting pastiche feels tailor-made for The Velvet Underground, a group that took influence from different genders, sexualities, artistic scenes, disciplines, mediums and cultures. Haynes positions Reed at the center of it all, dissecting his temperamental personality and artistic drive, as well as addressing the long-standing legend that his parents sent him to electroshock treatment to cure his gayness. It’s a fascinating portrait of a not-well-known enough chapter in rock, and in queer history told with love and reverence.

In select theatres and on AppleTV+ October 15.

The Return Part I: Hightown

The crime noir set around Provincetown’s underground drug trade returns, bringing with it a whole new season of moral ambiguity and obsession. Season 2 picks up with our lesbian heroine Jackie (Monica Raymund) recovering after a relapse, and the death of her friend Junior. As Jackie returns to the force determined to out the underground opioid trade, she must face the arrival of Jorge Cuevas (Luis Guzmán, in a dramatic role), a new drug enforcer that springs a wave of escalating violence on Cape Cod. More than that we’ll not reveal here, as Hightown’s greatest strength comes from its knack for ratcheting up suspense with each passing episode. As with Season 1, Raymund shines in the leading role, presenting Jackie as a complicated, sexual, reluctant hero who can’t overcome her drive to do good no matter how hard she tries. She’s a perfect example of a forward-thinking queer avenger—one that embraces her sexuality while struggling with very real issues unrelated to her queerness. Moreover, as the opioid epidemic continues to fester in the wake of COVID-19, the show feels more relevant than ever. Somehow, that feels appropriate: this is an addictive story. 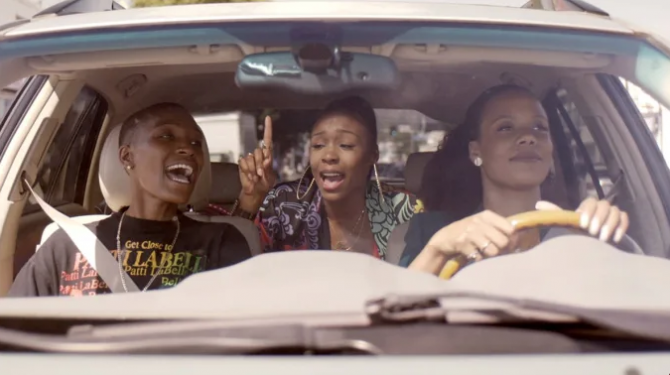 Lena Waithe’s comedy about African-American women trying to make it big in Hollywood returns for round two this week. Season 2 of the show finds lesbian girl magnet Hattie (Jonica Gibbs) on the push to make her Hollywood dreams come true following a disastrous dinner party in the Season 1 finale. Of course, her friends Nia (Gabrielle Graham) and Marie (Christina Elmore) continue to struggle with their own career woes—not to mention their ongoing issues with falling for the wrong kind of men. As with Season 1, Waithe’s writing pays glowing homage to classic Hollywood and the dream of working in Tinseltown without shortchanging the hardships of choosing that path—particularly while African-American and queer. Call it the anti-Entourage: a series with much more relatable characters that actually have to work to get ahead. Watch the premiere episode here.

The Return Part III: The Sinner

This under-the-radar mystery series from queer creator Derek Simmons arrives for Season 4 this week. For the uninitiated, the show follows obsessive detective Harry Ambrose (Bill Pullman), a man constantly struggling with the trauma of his chosen profession. Season 4 finds Ambrose and new ladyfriend Sonya (Jessica Hecht) retiring to a Maine fishing village in hopes of getting some much-needed rest. While there, Harry crosses paths with Percy Muldoon (queer actress Alice Kremelberg), a troubled child of a prominent local family. A chance encounter with Percy leads Harry to see her attempt suicide—or so he believes. But when Percy turns up missing, Harry becomes determined to discover her fate, leading him to dangerous family secrets, and to a bizarre cult.

The Sinner doesn’t get enough credit as one of the great mystery shows currently on television—on par with the likes of Mare of Easttown or Only Murders in the Building. That owes much to the performance by Pullman, who does some of the best work of his career in the leading role. That also holds true for Krembelberg this season, who, while burned with an enigmatic character, manages to project menace and victimhood at the same time. With actress Frances Fisher (Titanic) in one of the lead roles of the season, we give the show a hearty recommendation. Dive in, and enjoy the maze.

The Inspirational: My Health Agenda

LATV brings this new wellness-oriented series to the airwaves. My Health Agenda focuses on taboo subjects such as addiction and HIV, with survivors sharing their personal stories for inspiration. This season includes spotlight episodes on Erick Velasco, a man who shares his journey in coming out HIV+;. trans advocate Jennifer Rodriguez, who discusses her battle with addiction; Curly Velasquez, who opens up about his issues with substances and self-acceptance; and Vasilios Papapitsios, an activist who let his own HIV+ diagnosis propel him to action. It’s an inspiring look at members of the queer community who want to share their truth in hopes of inspiring others, and making the world a better place for us all.

The Read: Cruelly Yours, Elvira

We’re still on cloud nine following Cassandra Peterson—the mind behind Elvira, Mistress of the Dark—coming out as queer. We also happened to pick up her new memoir last weekend, and in short, we were not prepared for such a wild ride. Performing as a gogo dancer at age 17? Flings with Jimi Hendrix, Elvis and Tom Jones? Cocaine with Liza Minnelli? Relationship troubles, abuse, and financial woes? Talk about a Hollywood story!

On a much more tender note, however, much of Cruelly Yours reads like a gushing love letter to the LGBTQ community—a group Peterson gravitated toward even before exploring her own fluidity. Peterson recounts in affectionate detail attending gay discos in the 1970s, the writers, designers and drag queens who fostered her talent, and how the AIDS crisis decimated her social circle, even as she finally found career success as Elvira. Peterson also opens up about her own HIV scare, having dated a number of bisexual men in her youth. It’s a no-holds-barred look at the cruel mistress that is showbiz, as told through the eyes of a mistress of the movies.

The Sip: The Velvet Underground 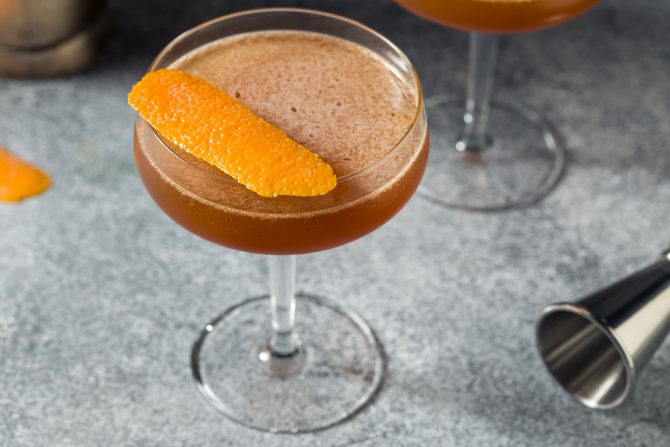 Honoring Todd Haynes’ new documentary–and, of course, the band that inspired it–we offer up this week’s cocktail: The Velvet Underground. Much like the original band, this mix of sweet and smoky flavors makes for an eclectic taste. We wouldn’t have it any other way.

Crush orange in the bottom of a shaker. Add ice and remaining ingredients. Shake well and strain into a cocktail glass to serve.