The Stream: The Old Guard

Action gets a gay twist with this new sci-fi romp led by Charlize Theron and Kiki Layne. The appearance of either actress would normally give us reason enough to watch, though this epic about immortal soldiers on the lam gets extra points for innovation. Finally, a mainstream action movie features a gay couple as the romantic focal point in the form of Joe and Nicky, played by the handsome actors Marwan Kenzari and Luca Marinelli. The pair have terrific chemistry together, and a sexually-charged scene where the pair discuss meeting in the Crusades and falling in love would—on its face—warrant a look.

The Art House: The Prince

This Chilean drama arrives on streaming services this week, amid buzz and winning the Queer Palm at the Venice Film Festival. We finally see why: The Prince follows the story of Jamie, a young, gay man sent to prison in his native Chile. Fate, the guards, or possibly a combination thereof pair him with The Stallion, a sort of prison mafia don, who welcomes Jaimie as his new bottom. Yes, really. So begins a very graphic and homoerotic exploration of prison life and—we suspect, anyway—a metaphorical statement about the history of Chile, its leaders, and its obsession with masculinity. (A speech by soon-to-be-deposed President Salvador Allende plays over a key scene, almost like a Greek chorus) Much like Sauvage/Wild last year, The Prince skirts close to pornographic at times, featuring lots of full-frontal male nudity, explicit sex scenes, and even one instance where the actors appear to get erections on camera. The frankness, however, is the least reason to watch: up-and-comer Juan Carlos Maldonato gives a splendid leading performance, and director Sebastian Muñoz proves himself a talent to watch with his subtle and unrelenting take on a prison drama.

Fans of Hustlers, take note: this new Starz series borrows plenty of inspiration from that film. P-Valley (short for p*ssy valley) follows the life and times of a group of female strippers in a rural Texas town. Much like the early scenes of Hustlers, P-Valley focuses on the private lives of women literally dancing for their lives. Unlike that film, however, the show features a magnificent character in the form of Uncle Clifford, the genderqueer strip club owner/den mother for his dancers. Actor Nicco Annan of This is Us fame makes an indelible impression in the role—one of the most memorable and refreshing characters in recent memory. Should the show find its audience, look for his name come Emmy time.

The Flick Your Lighter: Wrabel & Kesha “Since I Was Young”

Queer crooner Wrabel releases his most mainstream radio-friendly track yet, an upbeat ballad featuring backup vocals from Kesha. Fans should rejoice to know that the song finds both singers in fine vocal form as well. With lyrics that convey the struggle of life as a closeted teenager and the need to hide queerness, many of our readers should, no doubt, feel a connection with the tune. More importantly, given the mighty croons of Wrabel and Kesha, listeners should also find a bittersweet flicker of hope within themselves.

The Jam: Somaya “Take A Bow”

Queer singer Somaya drops this track this week, enough to keep the pride spirit flowing well into the summer. Not that we can go out and revel at the moment, of course, though the lyrics which encourage pride, self-love and joyous dancing as well as a musical composition reminiscent of Robyn, should be enough to get you dancing around the living room. Clothing, cocktail and boa strictly optional, of course.

The Sip: The Prison Bitch 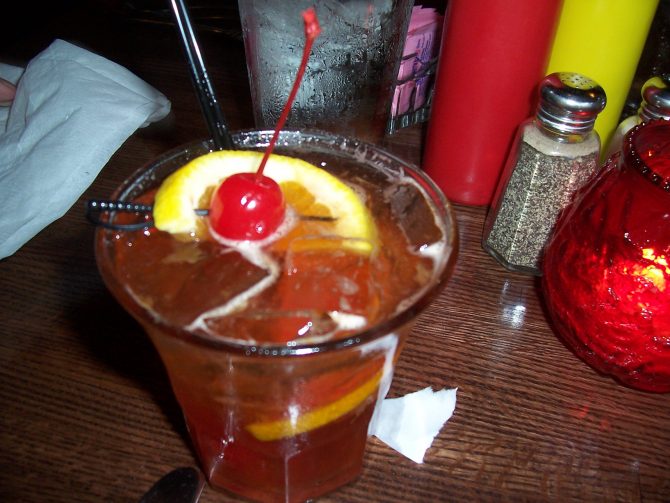 In honor of The Prince coming to streaming this week–and the steamy scenes of naked men debating who belongs to who–we propose this week’s libation, the Prison Bitch. Sweet, strong and fruity, it’s everything we could ask for in a prison boyfriend. Wait, what?

Mix over ice in a shaker. Shake well and serve.