The Step Out: I’m Gonna Make You Love Me

A plot description of I’m Gonna Make you Love Me makes it sound like the most anti-transgender movie since Sleepaway Camp: a man transitions to womanhood, then back to being a man again. In reality, the new documentary by director Karen Bernstein instead paints a portrait of homophobia at its most savage: Brian, the subject of the film, spent years thinking he was a woman because he couldn’t accept himself as a gay man, and because he saw more career opportunities as a woman. Only the dysphoria he experienced as a woman forced him to reexamine his own gender. I’m Gonna Make You Love Me will dumbfound people inside and outside the queer community with its bizarre story, which somehow manages to be hilarious and heartbreaking at the same time.

The Catch: His Dark Materials

Fantasy doesn’t get much better than His Dark Materials, the HBO adaptation of the popular novel trilogy by Phillip Pullman. The story…well, it’s hard to explain. In part, it focuses on a young orphan girl named Lyra (Dafne Keen, of Logan) who uncovers a sinister conspiracy when several of her friends go missing. Lyra herself becomes the target of a Vatican-like organization known as the Magisterium after she discovers her abducted friends are somehow linked to exploration of parallel universes. It’s that kind of series.

His Dark Materials features beautiful production design and fine performances, led by young Keen. Ruth Wilson, James McAvoy and Lin-Manuel Miranda also star. Though at first glance, His Dark Materials might not seem to have much in the way of queer content, trust us. We’ve read the books. When the gay angels show up ready to battle…well, again, we don’t want to give too much away. But yes, it’s that kind of show.

The Grab: Spirited Away

Speaking of fantasy, another masterpiece from animator Hayao Miyazaki gets the special edition Blu-Ray treatment, courtesy of the cinephiles at Shout Factory. This new edition features a special edition of the soundtrack as well, along with a special booklet featuring concept, behind the scenes anecdotes and articles by leading film critics like Leonard Maltin. The story itself follows a young girl named Chihiro who becomes captured by a witch and forced to work in her bathhouse (no, not that kind of bathhouse). It’s a fairy tale coming-of-age story, one in which Chihiro must ultimately decide the kind of person she wants to be. Queer audiences will, no doubt, identify with subplots about forbidden love and finding the authentic self. All audiences will be enchanted by its animation and nuanced storytelling.

A reader tipped us off to this new, limited web series from writer/star Vishaal Reddy. Insomnia follows a bisexual writer turned hooker named Nikhil, an Indian-American man depressed by the state of his life. Who wouldn’t be? Prostitution tends in impede on Nikhil’s dating life, as does his emotionally manipulative aunt. Despite the existential dread the premise suggests, Insomnia finds a hearty dose of laughs and sexuality to keep things entertaining, and Reddy injects Nikhil with enough charm and vulnerability to keep him relatable, even at his most neurotic.

The Local: The Great Leap

Out actor BD Wong (Law & Order: SVU, Jurassic World) plops into the director’s chair for this drama at the Pasadena Playhouse. The Great Leap concerns a Chinese-American culture clash as embodied by a basketball game. A pair of coaches—one Chinese, one American—who reunite after years apart on the eve of a China vs. America game. As the pressures to win mount, both men examine their own life choices and the cultural norms that helped shape them. Wong created the role of one of the coaches in the original Broadway production (in which he earned glowing reviews, as per usual), thus his coaching of the new cast represents a homecoming of sorts.

The Read: A Song For You

Robin Crawford, long rumored as the lesbian lover of musical icon Whitney Houston, finally speaks in this much-anticipated memoir. First things first: Crawford does confirm that she had a romantic sexual relationship with Houston until industry pressures—not to mention Houston’s beast of a mom, Cissy—drove the pair apart. Crawford also spills the T on Houston’s drug use, her marriage to Bobby Brown (with whom Crawford often clashed) and all the other behind-the-scenes craziness that led to Houston’s untimely death in 2012. Far from a gossip rag, A Song For You is a burning candle for a lost love…one which so many of us share. 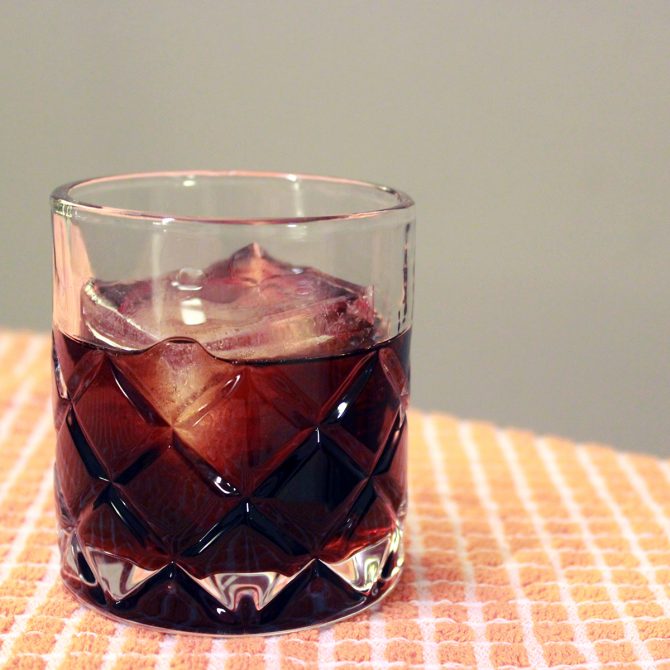 With the flavor of dark materials still in our mouths, this week we also suggest a cocktail of dark materials for sipping pleasure. The black Russian infuses the taste of coffee with vodka for a savory and delicious drink. That’s great for dessert. As a variation, add a bit of whipped cream or ice cream for extra flavor.

Mix over ice in a glass. Stir well.