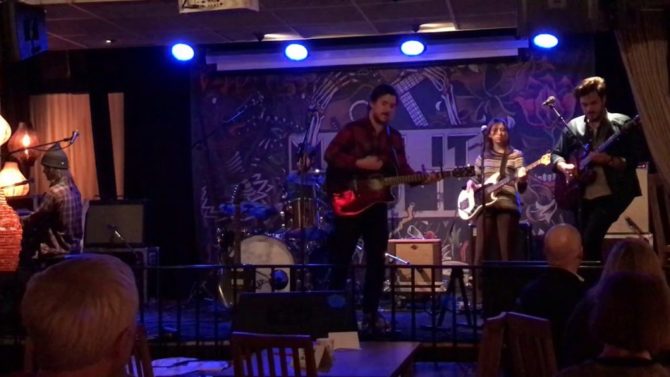 Every Pride season, the LGBT community comes together to celebrate liberation, truth, authenticity and just how fabulous a drag queen can look in heels. In recent years, allies of the community have also started coming out to celebrate, and we’re happy to have them.

In point of fact though, straight people–yes, including straight men–have had a major voice in crying out for queer rights.

Musicians in particular have long lent a tune to men and women trying to embrace their sexuality. For proof look no further than these 10 awesome songs about queer love penned by straight men. We’ve chosen to list them in chronological order to show the evolution of gay music, and because each edifies a point in history for the LGBT movement, and reflect societies attitudes toward the community at the time.

The Wizard of Oz and composers Harold Arlen & Yip Harburg gifted this–possibly the greatest song ever written–back in 1939. A song about dreaming, yearning and hoping for the future, it helped make Judy Garland into a gay icon and hinted at how the rainbow would later become the symbol for queer pride.

King crooner Nat King Cole first brought this song to the mainstream, and it quickly became one of his standards. “Nature Boy” has a weird inception: written by a homeless proto-hippie named George McGrew while living in a cave (think about it), its lyrics have an undeniable gay slant. McGrew and his fellow nomadic nudist sexual libertines referred to themselves as “Nature Boys.” The song, like their movement, reflects an embrace of love before all else…kind of like the latter-day LGBT community.

Kinks singer/songwriter came up with the idea for “Lola” after frequenting drag bars in the UK. Though not really gay himself, he had an abiding affection for gay people and drag acts. After he caught his manager hooking up with a transgender woman at one of the clubs, he penned the tune. Immediately it attracted controversy for its cheeky lyrics, which only helped make the song a huge hit.

So wait, was Bowie bisexual or not? We’re not totally sure, and he may not have been either. Regardless, he composed this awesome song about a gay man cruising other gay men through his window. It also holds a lesson for guys willing to lower their standards: “Oh God, I can do better than that.”

Though recorded by the Go-Gos, straight composer Bobby Paine actually penned this pop hit about a girl questioning her date’s sexuality. It would later become an anthem for every gay boy who ever tried to play it straight, and any girl who ever thought her boyfriend wanted to hang out with his besties a little too much.

Related: Country Radio Fulfills Own Stereotypes By Banning Straight Love Song For Being Too Gay

6. Cowboys Are Frequently, Secretly Fond of Each Other-1981

Songwriter Ned Sublette wrote this song while living next door to a gay country bar back in the ’80s. It didn’t really become a hit until 2006, when country legend Willie Nelson released it as a single. Commentators at the time thought Nelson had lost his mind, before totally losing their own. The song became Nelson’s biggest hit in almost 20 years. We think Brokeback Mountain had something to do with that…

This lovely love song penned for gay men is NSFW. That said, plug your headphones in and listen to this alt-rock tune about a gay man in love with a closet case, or something along those lines.

The Boss wrote this song for the soundtrack to the film Philadelphia. It would later nab him an Oscar for Best Original Song for its memorialization of gay men who succumbed to AIDS. It marked an important turning point in popular culture, as the mainstream began to understand the plight of LGBT people, and just how deeply HIV affected the community.

Macklemore & Ryan Lewis had an unlikely hit with this hip-hop ballad about marriage equality at a crucial moment for LGBT folk in their fight for their rights. Much like “Streets of Philadelphia,” “Same Love” marked an important pop-culture turning point, when straight Americans began to accept same-sex marriage. The tune later featured in a mass marriage ceremony during the Grammy Awards featuring same-sex couples.

British rock star Chaplin wrote this song supporting marriage equality in the United States. The lyrics not only celebrate the occasion–they include the phrase “love wins”–but they also condemn homophobes, particularly those shop owners who don’t want to serve the gays.

“Hell is a headspace,” at least according to indie rockers Susto who penned this song denouncing the lies told to LGBT kids. Though the title seems to suggest said falsehoods only turn up in the south, in actuality, they still pervade. Thank goodness straight guys like the dudes from Susto have started to learn what some of us have always known.