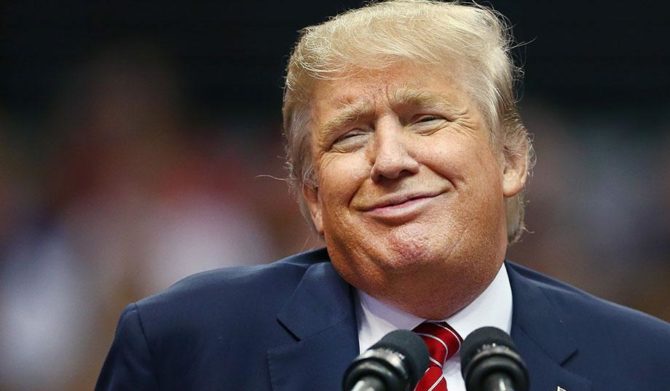 Oh look, Donald Trump has sent another tweet inspired by Fox News, almost certainly from that unsecured old Android phone he’s still using at the horror of his aides, and the entire world.

This time he’s got Chelsea Manning square in his sights, and oh boy, he’s going to let her have it!

Ungrateful TRAITOR Chelsea Manning, who should never have been released from prison, is now calling President Obama a weak leader. Terrible!

Here’s the deal: We live in America. So he should probably get comfortable with the fact that freedom of speech extends to all of us, even those locked up in prison, like Manning.

We don’t want to get too into the woods here, but there’s also this thing called nuance. Chelsea Manning can be both grateful to Obama for commuting her sentence, while also being critical of how the last eight years went down. And since those years resulted in Trump’s ascent to power, she probably has a point or two.

Trump was reacting, or so he thought, to an op-ed by Manning in The Guardian about the Obama years.

“The one simple lesson to draw from President Obama’s legacy: do not start off with a compromise,” Manning wrote. “They won’t meet you in the middle. Instead, what we need is an unapologetic progressive leader.”

So in essence, she wasn’t really calling him a “weak leader,” just saying that trying to be nice from the get-go didn’t pay off like we’d all hoped it would. That’s a pretty reasonable argument.

But that’s not how it played on Fox News, and we all know that’s where Trump gets his tweeting material — tweeterial, if you will. (Please don’t.) 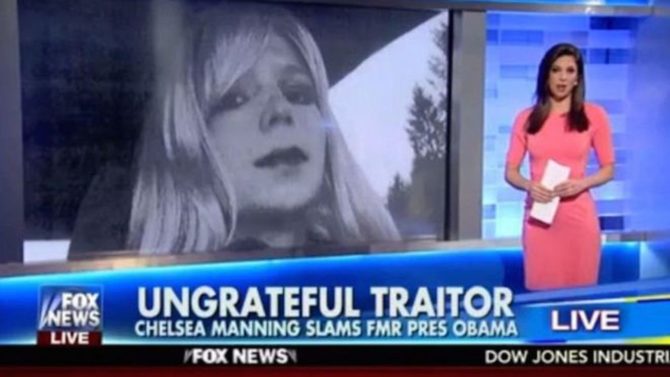 Presto-chango-avada-kedavra, and you see how Trump’s clumsy thumbs managed to hammer away in the order they did.

Manning was incarcerated in 2010 after stealing roughly 700,000 military dossiers and diplomatic cables and turning them over to Wikileaks, which arguably contributed to the public good by exposing illegal and unconstitutional activity on the part of the government.

Last week, three days before Obama left office, it was announced he’d commuted the bulk of her sentence, allowing her to go free May 17th after serving seven years.

Two days later she Tweeted her gratitude to President Obama:

Thank you @BarackObama for giving me a chance. =,)

Let’s not forget how Trump began his political career — by knowingly spreading birtherism, a false and racist narrative that Barak Obama was not a “legitimate president.” He later called Obama the “worst president” in out nation’s history.

So if Manning is, as Trump claims, an “ungrateful traitor,” what does that make Trump?