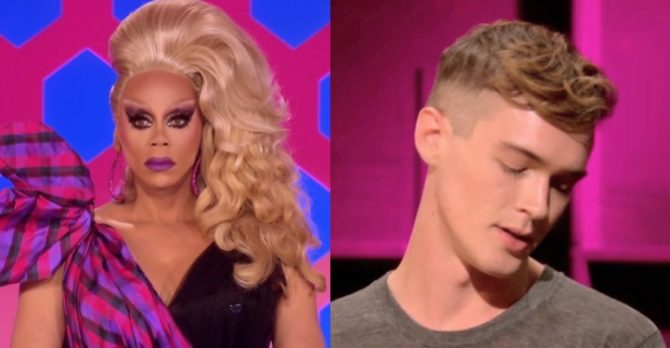 August appears to be the month for spilling RuPaul tea.

First, the cast of All Stars 4 got the full rumor mill treatment (OK, that was July and it’s not exactly Ru tea, but it’s still some fun speculation).

Then speaking of All Stars, Michelle and Ru spilled a bit themselves on their podcast, What’s the Tee.

The pair talked about an on-set freakout by Ru, but they did not divulge what set her off.

But Willam posted that perhaps it had to do with Valentina’s almost-elimination. According to Willam, Ru saves Valentina despite both winning queens choosing her to go home. Drama!

We’re so used to seeing the supportive “everybody say love” Ru, but being the captain of a television drag empire can’t all be fun and games.

And now in a new interview with season 7 queen Pearl, we get another taste of the darker side of the rainbow.

Appearing on Hey Qween, host Jonny McGovern prompted her: “So you were saying – RuPaul surprised you.”

Pearl said: “Yeah, so as I was saying, I felt like the only way for me to like get anywhere on the show was to build some kind of relationship with the judges.

Related: 10 ways ‘RuPaul’s Drag Race’ has changed the world for the better

“We were filming a segment, just kind of chatting, and then the camera went down for a moment.

“I turned to RuPaul and I said: ‘Oh my God, I just want to say thank you so much. It is such an honor to be here, such a pleasure to meet you – you have no idea what this…’ just giving her everything I want to say to her.

“And she turned to me and she said: ‘Nothing you say matters unless that camera is rolling.’ And that broke my spirit.”

Peal went on to say that the interaction left such a mark that it affected her performance in the competition:

“That is the reason why I had one foot in and one foot out the entire time I was on that show.

“Maybe that’s me being petty, maybe that’s me thinking that it should’ve been something that I never should have expected it to be.

“But, in that moment, it was like so heartbreaking. Because I idolized her – worshipped her – and I felt like it was just so disrespectful.

“It was just so Hollywood, rotted, like gross thing. How could you say that to somebody who is just obsessed with you?’”