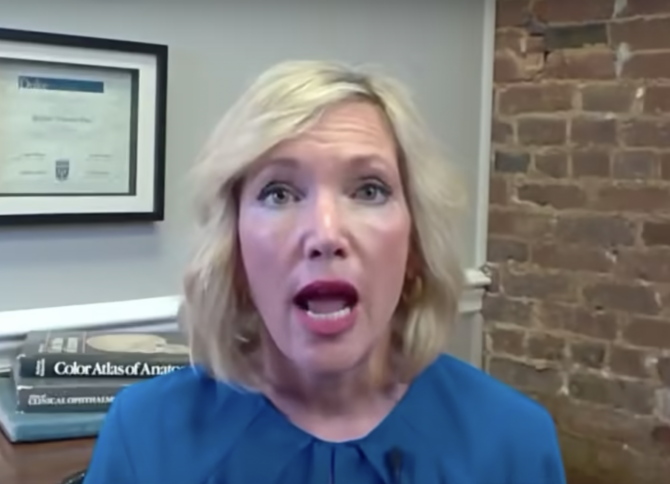 Rand Paul’s wife, Kelley, got a jumpstart on marking Transgender Day of Visibility by firing off a psychotic tweet ranting and raving about Chinese third graders, math, and men having babies.

Related: 6 binge-worthy shows that celebrate trans visibility and give us hope

OK first, we would like to meet these Chinese third graders learning multi-variable calculus. Second, sex ed is definitely not being taught to third graders in the United States. And third, Kelley’s tweet, like Kelley herself, is complete garbage. Sadly, it’s right on brand for the extreme right-wing activist and frequent guest on Fox News.

Related: Rand Paul’s wife is freaking out over an elementary school Pride event that happened a year ago

Mrs. Paul has quite a history of saying stupid things on social media. Last week, she tweeted about her outrage over an elementary school in Austin, Texas that held a Pride parade for students back in April 2021. Last month, she tweeted her support for transphobic children’s author JK Rowling. And last year, she accused ’80s singer Richard Marx, best known for his 1989 worldwide hit single “Right Here Waiting”, of trying to get her husband killed.

Related: Rand Paul and his wife accuse ’80s singer of possibly being behind foiled plot to have them killed

We’re sure Kelley’s transphobic tweet being fired off the day before Transgender Day of Visibility, an annual event occurring on March 31 that celebrates trans people and raises awareness of the discrimination they still face worldwide, was no coincidence.

I grew up in china, this is not true at all.

Climate change is gonna kill us all whatever our ideology. Maybe we should work on that

First of all, no they’re not.
Secondly, that math is developmentally inappropriate.

Your husband went all the way through med school and residency just to end up being one of the 2% of physicians who is anti-vax.

So, you agree that public schools should be properly funded and good education be more accessible to inner city/urban areas?

Because your husband and his peers actively legislate against that

Do you want American third graders to also learn multi-variable calculus? I don’t know what the Chinese are doing, but third grade seems a little young.

As for education in this country, we need to teach more tolerance.

Third graders in Kentucky are being taught that dinosaurs were created by god on the same day as Adam and Eve some 6000 years ago. This means there must have been two on the ark. Yep, we’re screwed.