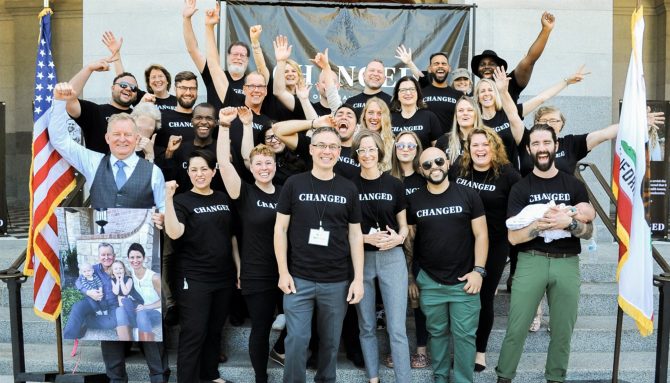 Apparently all too prepared to scare the bejesus out of people this Halloween, a group of ex-gays has arrived in Washington DC to lobby against LGBTQ equality. Even scarier: the group is promoting itself with a weird picture on the steps of California’s capitol building.

Just over a dozen members of two California-based “ex-gay” groups, Changed and Church United, arrived in Washington this week to protest against the so-called Equality Act, which would add LGBTQ employment protections to the Civil Rights Act, and the Therapeutic Fraud Prevention Act which would classify conversion therapy as a fraud.

Studies suggest queer people face a wide variety of workplace discrimination. Virtually every major medical and psychological association in the industrialized world has classified conversion therapy as ineffective and highly damaging to patients enrolled in it. Nevertheless, spokespeople for both Church United and Changed reject the idea that LGBTQ Americans face discrimination, or that conversion therapy is a form of torture.

Related: He spent 20 years peddling “ex-gay” therapy, now he says it was all ‘a lie’

“I live in Portland and I don’t see the discrimination that LGBTQ people talk about,” Kathy Grace Duncan, a member of Changed, told NBC. Duncan claims she used to identify as a transgender man, but has been cured of her “ailment.”

“They’re asking for certain rights in this legislation, but these are rights that they already have.” She added. “The Equality Act treats sexual preference as an elevated class and would strip people of religious freedom.” Duncan also denied that conversion therapy even exists, and claims gender and sexual orientation are both choices. 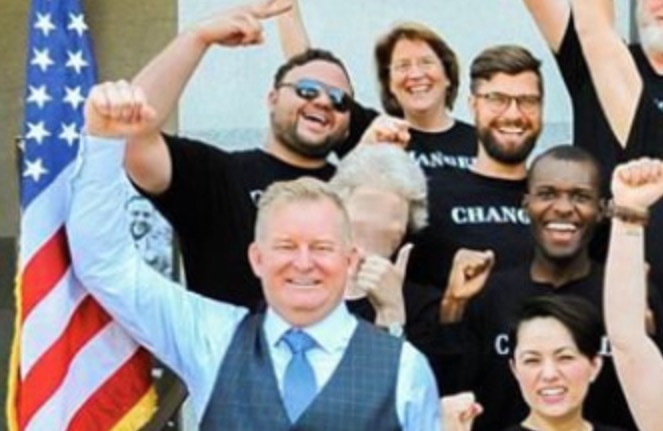 Perhaps scariest of all, Changed provided a photo of ex-gay members celebrating on the steps of the California capitol building last year as a promotional image. In it, one member appears to have her face erased. We have to wonder: maybe someone caught a demon in the act?