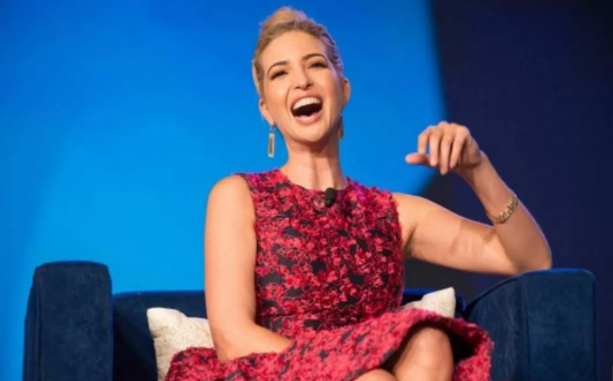 This just in: Ivanka Trump‘s global lifestyle brand is officially out of the crapper. At least according to new sales reports. The complicit first daughter’s clothing and accessories line saw a ridiculous spike in sales last month.

“Since the beginning of February, they were some of the best performing weeks in the history of the brand,” Abigail Klem, who took over as president of the brand after Ivanka moved to Washington, D.C. in January, said in a statement. “For several different retailers Ivanka Trump was a top performer online, and in some of the categories it was the [brand’s] best performance ever.”

And, no, this isn’t just company spin either.

Slice Intelligence, a market research firm that tracks the purchases of roughly 4.4 million consumers, reports a 207% increase in sales of Ivanka Trump products between January and February.

And the British e-commerce website Lyst saw a nearly 350% increase in Ivanka Trump sales between January and February, up 557% over last year. Not only that, but the brand was the site’s 11th most popular in the month of February, up from 550th in January.

On top of all that, Ivanka’s perfume is currently the best-selling fragrance on Amazon. And the brand just announced it’s launching a new line of affordable costume jewelry.

So what’s the deal anyway? How did Ivanka’s brand go from roadkill to one of the bestselling brands on the internet in a 28 day period?

That’s right, folks. It turns out, having the President of the United States, no matter how unpopular, and officials from inside White House, no matter how disliked, use their government platforms to promote your products can have a real impact.