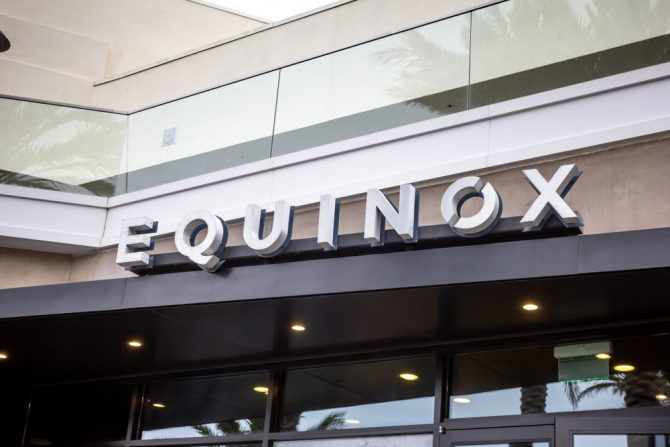 After news broke yesterday that Stephen Ross, the real estate developer who holds the majority stake in Equinox Fitness Clubs, is a major Trump supporter, a campaign encouraging Equinox members, and those of its subsidiaries like PURE Yoga, Blink Fitness and SoulCylce, to cancel their memberships went viral.

Ross, who has an estimated net worth of more than $7 billion, will be hosting a $250,000 per person fundraiser for Trump’s reelection campaign in Southhampton.

In response, Equinox rushed out a statement saying it has nothing to do with the fundraiser and claims no company profits will be used to pay for it. It also refers to Ross as a “passive investor” who isn’t involved in the day-to-day operations of the gym.

Naturally, Gay Twitter has had a lot to say about the matter…

Gays on their way to cancel their #Equinox membership. pic.twitter.com/N9LRJ6a5ob

gays when they found out they can’t work out at equinox anymore pic.twitter.com/tzppOyILp7

point: gays, it's hard to get out of your equinox membership contract unless you're injured/pregnant/moving

counterpoint: gays, if you fuck in a steamroom and are caught, equinox bans you for life

anyway, if you want me to help u get banned my DMs are open.

me following the equinox gay twitter drama while not having stepped foot inside a fitness facility in 6 months. pic.twitter.com/C3VIOg4Xoa

How many of the gays who have Coachella pics on their insta feed right now also are posting about canceling their equinox membership? Just curious.

Gays cancelling their Equinox memberships and then heading to Dillard’s to buy all kinds of stuff pic.twitter.com/Swm5ljKYg2

white gays checking if the Equinox controversy died down to avoid cancelling their memberships. pic.twitter.com/TuHVj4u7pl

If all the gays boycott Equinox, what will they do for a personality?

Gays doing Zumba classes in their apartment after cancelling their Equinox memberships pic.twitter.com/7wuipbJ644

The one upside of this Equinox debacle is that I now know which of you gays has money ?

Equinox gays cancelling their memberships & walking into Crunch after saying it was gross and cheap pic.twitter.com/zLmLQJynSq

Related: Eek! The owner of Equinox fitness is hosting a Trump Fundraiser