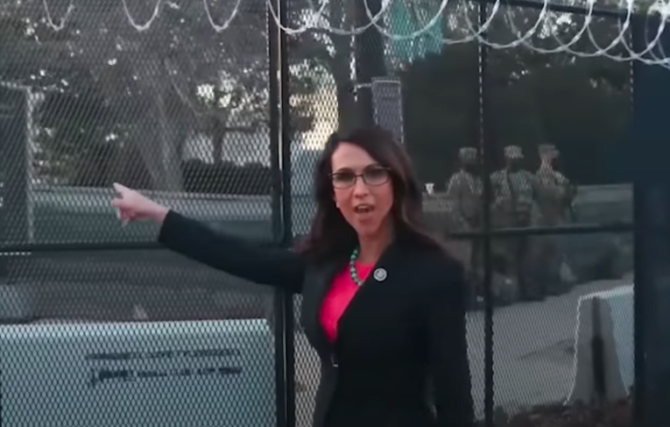 Can someone please get Lauren Boebert a Xanax?

This week, the high school dropout had a complete meltdown on Twitter when, out of nowhere, she accused “radical liberals” of trying to “get rid of parents all together.”

To them, the state is supposed to raise children.

It’s unclear what inspired Boebert’s tweet–or what she’s even talking about, frankly–but this line of attack is nothing new for the QAnon congresswoman.

Boebert’s tweet came shortly after ex-LGBTQ ally/failed presidential candidate Tulsi Gabbard made similar remarks on Twitter, sharing an article about how pregnant individuals infected with the delta variant of the coronavirus are more likely to have severe cases of COVID-19.

“Pregnant PEOPLE?” Gabbard wrote. “Read that headline again. Some hate women so much that they literally want to erase even the word ‘woman’ from our vocabulary.”

Pregnant PEOPLE? Read that headline again. Some hate women so much that they literally want to erase even the word "woman" from our vocabulary. https://t.co/YrYBlSg5ie

Did u really just type that?!! Lol

The fact that people take you seriously is beyond me.

I’ve never heard that before! Liberals want to take our children away from us, and don’t want us to use those words? This is terrible. If I send you some money, will you help me keep my children?

I thought they were after guns? Now it’s kids? What’s next?

I don’t know where you get the idea that Liberals want to get rid of the words mother&father. No one wants to get rid of your precious view of what constitutes a family, maybe expand on the idea of what a family is. Are you against having two moms raising a family? Two dads?

We don’t want to do that. You’re a person of bad faith.

WTF are you talking about?

Anyone who wondered how it could take someone three tries to pass a GED, wonder no more

A loving parent regardless of gender offends boebs