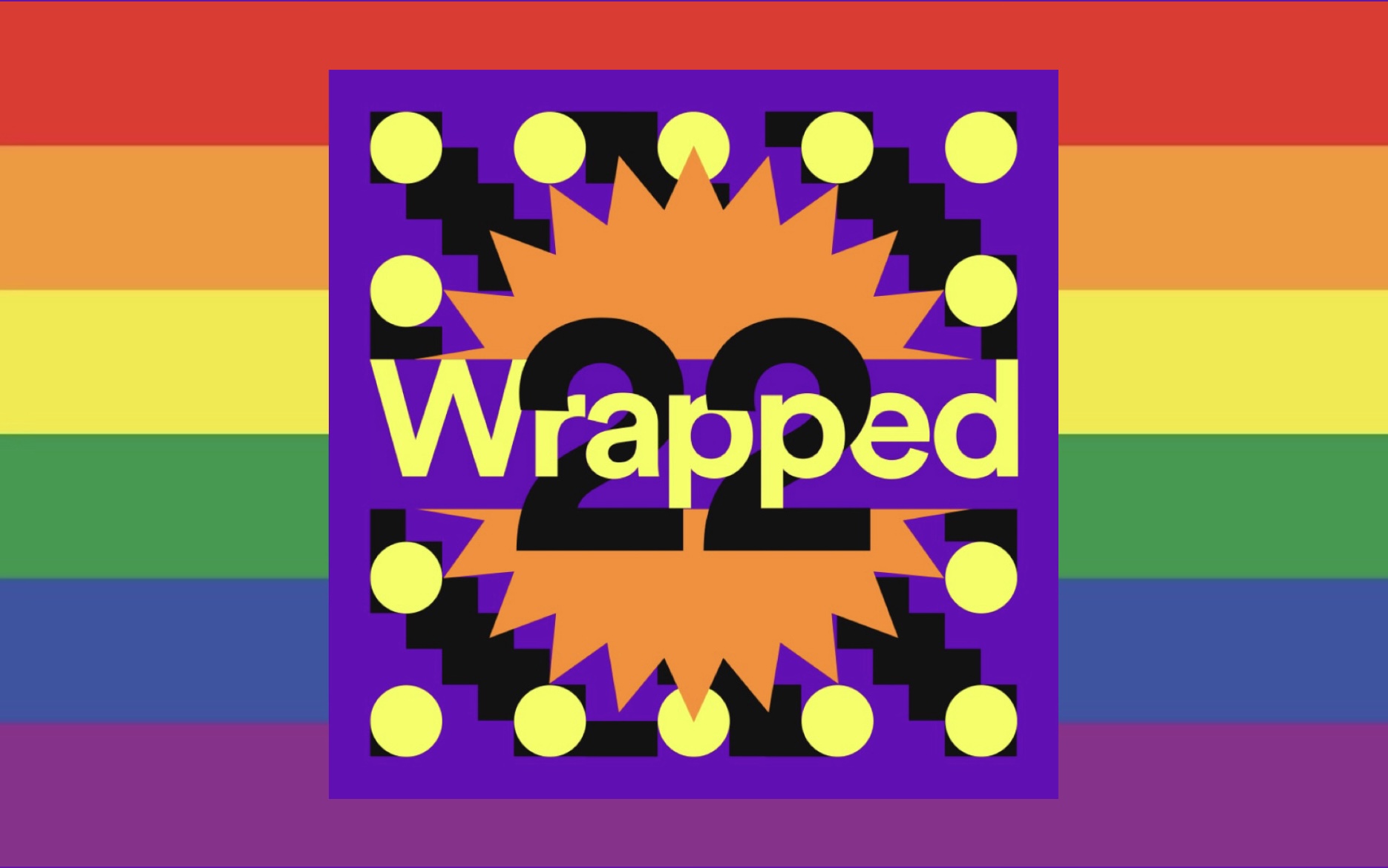 Happy #SpotifyWrapped to all who celebrate!

This year’s stats weren’t too terribly out of the ordinary. Folks like Drake, The Weeknd, and BTS still have their stronghold on streaming charts worldwide (and somehow, K*nye managed to make his way up into the top five in the U.S.?).

In spite of the straight state of streaming, some queer artists and allies managed to hit it big this year.

Latin heartthrob and ally Bad Bunny continues to dominate globally, being the #1 streamed artist in the world and having the #1 streamed album, Un Verano Sin Ti. He’s hot, he’s talented, and he gives the people what they want. He’s also an amazing LGBTQ ally. If any one man has to have the musical world in a headlock, we’re glad it’s him.

Ms. Swift may not be queer, but the overzealous You Need To Calm Down ally certainly has a dedicated fruit-flavored section of her audience. The Swifties were cross-linking tracks like no other fanbase this year — likely due to a million and a half live-tweeted Midnights listening sessions over on Twitter.

Most Streamed Throwback Song: “Running Up That Hill” by Kate Bush

While this Bush-aissance may be owed to Stranger Things‘ latest season, it’s been a long time coming. This iconic track saw an astounding 8700% play increase compared to past years. Hounds of Love was just narrowly beat out of the top spot on “Most Streamed Throwback Album” by Eminem‘s Marshall Mathers EP, but not everyone can have taste.

Hot Girl Coach and resident rap bicon Megan Thee Stallion remains the queen of “___ Girl Summer” playlists. She has songs for every (upbeat) mood: lit, turnt, hype, and according to Spotify, “feral”.

Related: Here’s why ‘Drag Race’ fans are furious with Spotify this week

Most Streamed Song in the U.S.: “Bad Habit” by Steve Lacy

Bi guitar hero Steve Lacy came through this summer with prime “not every TikTok-popularized song is bad” representation, and was immediately made to regret it. While his new clock app stans may have put him through the ringer on tour, hopefully his chart-topping royalties can make up for any emotional damages.

Are y’all good?? Sadboy banner song “Heather” came out in 2020, but fans are still posting its lovelorn lyrics across social media with abandon. Just go talk to your crush, please.

Lana stans got to breathe a sigh of relief this year when melancholic Americana artist Ethel Cain dropped her debut album Preacher’s Daughter and gave them something new to love. Lord knows they needed a break from the antics. Spotify’s EQUAL playlist is dedicated to boosting women’s voices globally, and a trans woman being among the top five in the world just feels right.

Between “Heather”, Ethel Cain, and “Running Up That Hill”, it’s clear this prediction was right on the money:

I already know what my Spotify Wrapped is going to look like pic.twitter.com/KK0AGy4I8S