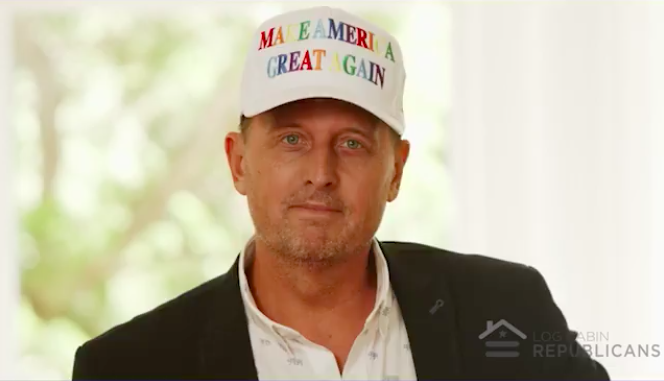 Get ready for the shocker of the century. Gay Republicans in 2020 have a few issues to sort through.

A new Williams Institute study found that right-wing gays are more likely to wish they were straight. Perhaps it’s because they choose to support a system that actively seeks to oppress them — just a thought.

The UCLA-based institute combed through data from the Generations Study, which sampled LGB folks and found that Republicans are more than twice as likely as Democrats to wish deep down that they were “completely heterosexual.” And they’re just as likely to interpret their sexual orientation as a “personal shortcoming.”

“There is a common belief that LGBT identity and Republican affiliation are incompatible,” Ilan H. Meyer, Distinguished Senior Scholar of Public Policy at the Williams Institute and lead author of the study, said via a statement. “Although they represent a small minority, some LGB people are affiliated as Republicans. However, it is striking to find how much they differ from sexual minority Democrats in terms of their connections with LGBT communities.”

Among the study’s participants, researchers say 41% of LGB Republicans wished they could be straight, while only 17% of LGB Democrats felt similarly. 38% of GOP LGB also said they see their sexuality as a character flaw, with 16% of LGB Democrats saying the same.

Unsurprisingly, LGB Republicans are also much less likely to feel like they’re part of the LGBTQ community, or to identify with any of the problems facing the community at large.

Gay GOP group the Log Cabin Republicans has been especially scrutinized this year by relentlessly trying to sell Donald Trump as the most pro-gay president ever.

In reality, Trump has spent the past three and a half years chipping away at LGBTQ equality and appointing antigay judges, he’s embraced some of the most homophobic leaders in the world, including Vladimir Putin and Jair Bolsonaro, and he spoke out against same-sex marriage while on the campaign trail in 2016.

Related: Weird video by self-hating gay Republicans claims Donald Trump is the “most pro-gay” president ever

She called the notion that Donald Trump believes gay people love him to be “absurd.”

“What’s worse [is] that on some level, he’s actually convinced himself that that is true,” she said. “Anyone who takes that seriously should be discounted out of hand.”