To bring you the blow-by-blow, this week we’re heading to Sundance Film Festival, the tw0 two-week celebration of all thing cinema in Park City, Utah.

With that in mind, we’ve gone to the liberty of assembling some serious screenage both from the festival itself and from several artists that owe their careers to the festival…

The Step Out: Vice

This biopic of noted warmonger Dick Cheney impossibly scored eight Oscar nominations earlier this week, including one for former Sundance darling Amy Adams. Vice wants to indict Cheney for what it considers his war crimes and general political hackery. The movie also touches on daughter Mary Cheney’s (played by Allison Pill) coming out and her sister Liz’s public denunciation of marriage equality in order to get elected as a right-wing Republican. Oh, sisterly love in the GOP!

Or is that dumpster fyre? These two movies come from the efforts of two Sundance alums, directors Chris Smith & Jenner Furst. For those that don’t recall, the Fyre Festival aimed to combine music and obscene luxury into the “Millennial Woodstock.” Held in the Bahamas in 2017, the festival was a complete disaster, leaving thousands of people stranded on the island, and landing organizer Billy McFarland in prison for fraud. Both movies cover the lead-up, and the aftermath of, the failed mega-concert. They tell the same story but from different perspectives. Both docs uncover the dangerous & deceptive superficiality of social media “influencer” culture and feature some of the most outrageous anecdotes to come out of a recent film. Our favorite: McFarland ordered one gay PR guru to perform oral sex on a customs official in exchange for shipments of water. Even weirder, the guy was totally willing to do it.

The Sing-Along: Hedwig and the Angry Inch

Hedwig, at least in cinematic incarnation, sprung onto the world via the Sundance festival where the film scored a directing award for our very own John Cameron Mitchell. Still a modern musical classic, we recommend watching with the lyrics on screen to sing along, in the unlikely event you don’t already know all the words. Optional but encouraged whether watching with friends or alone with a cocktail: donning a wig and lipstick for the viewing.

Another Sundance hit that became a sleeper breakout, Litttle Miss Sunshine, penned by Oscar-winning gay writer Michael Arndt, follows a family on a cross-country trip to a child beauty concert. The movie made Steve Carell into a respected actor for his performance as the queer uncle, and catapulted Abigail Breslin to stardom. We still adore film more than a decade later both for its hilarity–and for its misty eye-inducing tenderness. Gulp!

The History Lesson: Coming Out Under Fire

This oft-overlooked documentary about gay soldiers serving during World War II scored a special Jury Prize back in 1994. Shocking and infuriating, the film details the witch hunts within the armed forces following the attack on Pearl Harbor, as military officials kept a lookout for “effeminate” gestures from soldiers, lest the US risk losing the war thanks to the homo troops. In light of the recent Supreme Court ruling left in place, at least temporarily, the Trump ban on transgender people in the military, a bit of historical context can provide some needed hope, perspective and guidance in the long fight back against discrimination.

Director/writer Steven Soderbergh exploded onto the Hollywood scene with this indie classic about the dysfunctional sex lives of four yuppies. James Spader gives his best-ever performance as an impotent man who enjoys videotaping women discussing sex, as does Andie McDowell, who plays a frigid housewife. If we have one complaint about the movie, it’s the lack of inclusion of gay characters. Then again, maybe Soderbergh just thinks we queers do it better. Either way, since the director would go on to make Behind the Candelabra, we can more than forgive him.

Gay director Lee Daniels scored an Oscar nomination for this indie drama which caused such a stir at Sundance that Tyler Perry and Oprah Winfrey got in a bidding war to distribute it. In the end, they shared producing credit, and Precious, the story of an abused, African-American girl in 80s New York, went on to become a major hit. Even better, it features a lesbian savior in the person of Blu Rain, the title character’s teacher. Played with steadfast sweetness by Paula Patton, she brings light and hope to a story of despair.

The Read: Down & Dirty Pictures

Author Peter Biskind sent Hollywood into an uproar with his chronicle of 70s Tinseltown excess Easy Riders, Raging Bulls. He managed to pull off the same feat with Down and Dirty Pictures, a semi-sequel which follows the independent film movement in the United States during the 1990s, and in which Sundance plays a major role. Harvey Weinstein features as a major character in the book and manages to come off as both a hero (in particular for his role in fostering queer films) and a monster. Given his recent notoriety coupled with the premiere of a documentary about his sex crimes at this year’s fest, we think Down and Dirty Pictures qualifies as a must-read. 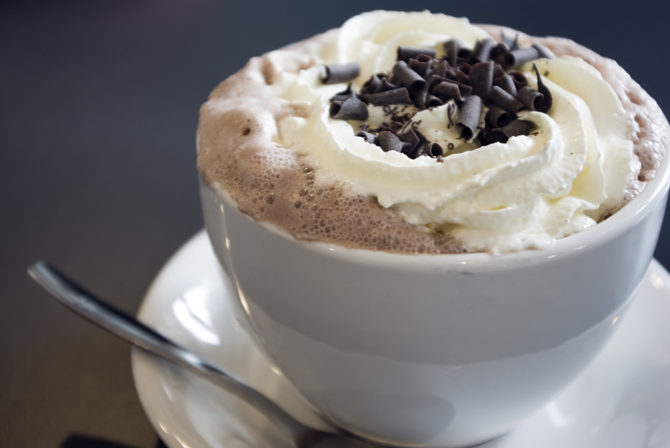 Sundance takes place in the midst of the snow-covered Park City ski slopes. With that in mind—and since most of the country is dealing with a nasty cold spell–we submit this winter treat to help keep warm, sugared and relaxed.